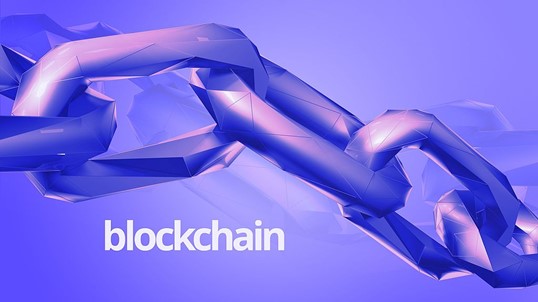 Those that were around when bitcoin was launched and who’ve kept up with the original cryptocurrency as it exploded in popularity will remember the beginning was uneventful. With few cognizant of its existence outside of an insular community, and even fewer who imagined it would reach the heights to which it has since ascended, bitcoin was little more than a novelty to most. However, even with a value of virtually zero, community members were excited at the tremendous possibilities this new potential currency offered; a new coin that would be created, transferred, and governed via decentralized consensus. The original bitcoin had a clear directive: to be the first digital cash available worldwide, unrestrained by the gatekeepers who impose their rule on the financial sector’s existing infrastructure.

Once exchanges were introduced to give bitcoin relative fiat value, enthusiasts used the global market capitalization of gold as a measuring stick for the young technology’s potential. This comparison is logical as bitcoin was considered a store of value like the yellow precious metal. With over
$7 trillion worth of gold in the world, investors using the number of circulating coins and current price figured that if bitcoin reached a similar market capitalization, each coin would be worth hundreds of thousands of dollars. Targets in the six-figure range have been reiterated as bitcoin has gained in dollar value, despite technological evidence that its goal was becoming more unattainable. The concept of market share as a value indicator remains, however, for altcoins that serve vastly different purposes.

Instead of billing themselves as a cash replacement, the best altcoins have aimed themselves at other market niches. In standard speculative fashion, people have projected potential values for an altcoin based on the market it addresses, such as the cloud storage, healthcare, or videogame industries. With lower barriers to entry (and lower prices), investment in these coins has been rampant. Despite a flawed way at determining future dollar value, it is a good indicator of any blockchain project’s disruptive momentum.

One of the ripest markets for interruption is videogames, a global industry with revenues of over
$108 billion in 2017. Any significant fraction of this market would carve a piece of pie large enough to sustain any business using blockchain to assuage some of its more troublesome pains. Most of the issues present in the industry are largely a result of centralization—a key component of any modern business using the internet to deliver its goods or services.

In this industry, as in finance, the gatekeepers hold the keys to the kingdom. Instead of international banks or clearing houses, they are the large studios that spend millions making AAA titles, consolidating developer talent, and forcing unfair monetization models down the public’s throats. Smaller developers have trouble raising the money necessary to compete, and if they manage to get off the ground, finding an audience is difficult because popular gaming portals are controlled by large entities. Innovators like Chimaera use blockchain to create a more equitable environment for developers, who can deploy the company’s API to easily transfer their assets to the decentralized network and host them there. New developers can start from scratch on Chimaera as well, and each studio can use CHI tokens to create a marketplace for their in-game items and subscriptions. They’ll also be able to use it to crowdsource funding for their pet projects, giving fans a way to contribute to the games they want to play, instead of relying on the disappointing preorder model.

Retail is Ripe for Disruption

Retail remains one of blockchain’s biggest challenges, though it also holds a major opportunity. The issues present in the retail industry are many, but one of the most pressing is an absence of any quality online-to-offline coupon solutions. Companies like Groupon have employed the centralized model of retail discounts to some success, but those who put it into practice will understand just how much of a detriment it is. Businesses find it difficult to optimize their campaigns with Groupon, and if they manage to draw customers in, they’ll often break even rather than profit. The system does not properly incentivize customers to return, and contributes nothing to the business other than a small, temporary influx of cash (if any).

Recognizing the chance to help businesses get more from this bargain, and for customers to benefit as well, Thailand-based firm HotNow decided to incorporate blockchain. Their solution utilizes tokens to address a $6.6 trillion Asian market, where 53% of regional consumers actively search out online discounts for their favorite brick and mortar stores. Those merchants that choose the HotNow platform can incentivize consumers with the associated HoToKeNs, which will be used to purchase goods and services, and is rewarded upon completion of a value-added mission such as posting on social media, sharing images, playing a mini-game, or otherwise participating in grassroots business growth. The ability for the most active users to borrow tokens in bulk is the icing on the cake, and helps a business to better encourage its biggest advocates, locking value in an airtight system instead of letting it drift away.

Part of bitcoin’s original intention was to become a payment solution. However, it’s been unable to upgrade its network thanks to a divided community, and so remains stagnant in the face of higher fees and slower transaction times. Other solutions have entered the space bitcoin left behind, such as Request Network, which allows users to send invoices via the blockchain using traditional mediums like email. A ‘Request’ is answerable by the recipient in whatever currency they prefer and then is paid to the sender in their own preferred currency. This includes fiat money and cryptocurrency alike.

Request Network solves the expensive problems of companies that operate across borders, and must account for exchange and processing costs, as well as long waiting periods until transfers are cleared. This gives it a greater chance at stealing a piece of a
$3.75 billion pie. In the future, powerful yet practical blockchain solutions like these will the ones with the greatest inertia. Only the companies that nurture purposeful platforms and address specific markets will succeed in achieving the main goal of any blockchain product: wider business adoption. The days of ostentatious, unfocused ambition are over.

About the Author: Eran Halevy is the Head of User Acquisition at PPG. An expert in paid user acquisition with a wealth of experience, Eran specializes in media buy-on platforms, ad networks and direct publishers. Eran was previously the Vice President of Advertising at mySo.cl, an advertising agency that works with some of the most well-known brands in the mobile industry.