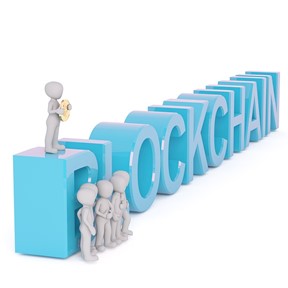 Blockchain has the possibility to change the way we do business. Bitcoin, the cryptocurrency that debuted the blockchain technology, has been around for nearly a decade. As positive sentiment for bitcoin vacillates, blockchain adoption remains steady.

The person or the group going by the name Satoshi Nakamoto unveiled his idea of a digital monetary system without the need for a central authority, such as a government or bank, to operate, in a cryptography newsletter nearly a decade ago. Financial systems haven’t been completely reinvented by bitcoin as some have speculated, but the open-source cryptocurrency has garnered attention from all over the world, and spawned countless other digital currencies.

Investment in bitcoin has surged to incredible highs. Currently, one bitcoin is worth nearly $12,000. That’s quite a massive spike in valuation considering bitcoin was virtually worthless only a few short years ago. What’s far more exciting than the cryptocurrency rush, however, is the capability of the underlying technology: the blockchain.

Bitcoin operates like this: users are assigned wallet addresses where their bitcoin is stored. These wallets are comprised of a public and a private key. When transactions are made, users exchange coin through these addresses. The transaction is completed with a signed receipt. This is a validation of the transaction to both prove that it is accurate and to record to transfer on the system. This is done through solving a complex cryptographic puzzle that takes up a great deal of computational power. When this is completed, the new transaction is logged as taking place.

We can conceptualize a transaction being logged as a new block on a chain of interconnected, chronological receipts. Essentially, it’s a new line in a global, distributed ledger. Through this clever system, transactions are public and unchangeable, making fraud nearly impossible, and decreasing the chance for error. This is accomplished through “mining.” Users race to solve the next puzzle, and as for the user who completes the puzzle, he or she is rewarded with a small amount of bitcoin. Bitcoin is mined and receipts, or blocks, are logged through the a single “mining” process.

The global ledger is an amazing innovation. Essentially the blockchain is triple entry bookkeeping, where every transaction is public, distributed, and peer-to-peer. Historically, advancements in accounting as big as this have been followed by immense economic growth. Double-entry bookkeeping, the idea that every transaction has equal and opposite effects in at least two different accounts. This means, if a gain is posted in one account, it is certain that losses will be reported on another account. This is obvious to us because assets are equal to the combination of equity and liabilities.

With the blockchain platform, we have a triple entry system, whereby the interconnected network works to validate and update each transaction. There is no need for a central authority because the system only updates when all parties agree that a transfer can happen, did happen, and was recorded.

This has applications outside of cryptocurrency. Anything of value can be stored, logged, and tracked through the blockchain. Blockchain technologies could be used to improve supply chains, for example. Complex supply chains are easily broken down. Inefficiencies are hard to track down and therefore hard to address. A transparent master ledger for supply chains could make them more efficient, less costly, and less error-prone.

The importance of bitcoin can be argued on either side. Obviously, regulations may be imposed and competing cryptocurrencies will rise, fall, and butt against bitcoin. Financial systems and institutions will likely feel some amount of disruption from the changing tides of cryptocurrency.

Blockchain, on the other hand, seems to have only a few paths. Either the blockchain acts a foundational framework for other innovations and adoption becomes widespread across all sorts of industries, or the technology fails to spread and is used in niche applications. Regardless of the path blockchain takes, the potential for the technology is immense. And, at present, its applications remain limitless in scope.

About the Author: Ellie Martin is co-founder of Startup Change group. Her works have been featured on Yahoo! , Wisebread, AOL, among others. She currently splits her time between her home office in New York and Israel. You may connect with her on Twitter.