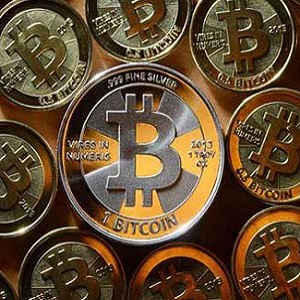 The Central Banks of Kenya and Swaziland have already declared their official statements relating cryptocurrencies. Kenya’s central bank officially proclaimed that the country’s financial controlling bodies would have a special meeting to discuss what to do with cryptocurrencies.

The administration of the Swaziland’s central bank, in its turn, refused to prevent any modern innovations in such a promising industry. Moreover, the Reserve Bank of Australia has discussed cryptocurrencies actively for the duration of the current parliamentary committee testimony on taxes.

Therefore, bitcoin and other cryptocurrencies conquer both the financial world and the people`s minds so quickly, that they really seem to be unstoppable now. It is quite logical that governments should follow the trends and adjust their banking system to new financial realities.

In particular, Luke Ombara, the regulatory policy and strategy director at Kenya’s Capital Markets Authority, has officially declared the following:

“The joint financial specter regulators meeting plans to gather in the first quarter of 2018 to analyze the possible mistakes of fintech solutions from a complete perspective that cover all the subsectors in the financial market—insurance, pensions, capital markets, gambling, banking, and Saccos.”

One of the most influential Kenyan media outlets in Kenya, Tuko News, has recently reported that Mr. Ombara as well pointed out that under banking, the primary Kenyan regulators would analyze both distributed ledger technology and the cryptocurrencies.”

The governor of the Central Bank of Swaziland, Majozi Sithole, is somewhat cautious cryptocurrencies. He once again declared that the bank would not prevent any innovations. However, Mr. Sithole highlighted all the possible risks that cryptocurrency trading might present to substantial retail stockholders.

“It is not wise to lay off virtual currencies. At the CBS we study them a lit bit more, and we want to support innovation. If this is innovation, we do not want to prevent it. We are aware that people are trading on these platforms and we want to ask our people to be cautious. Bitcoin has already turned into a topical issue worldwide. Thus, we would like to study it, and we are frequently talking to experts on this issue”, the governor of the Central Bank of Swaziland emphasized.

In its turn, the Reserve Bank of Australia has officially stated the following:

“Cryptocurrencies and the wider area of distributed ledger technology is the issue that the Bank has been observing very closely over several years already. From the Bank’s payments policy mandate, cryptocurrencies do not presently raise any pressing regulatory issues. Alongside with this, the use of bitcoin and other digital currencies may have some insinuations for tax authorities. It means that cryptocurrencies raise more important issues for authorities tasked with crime detection and prevention.”

Additionally, the Reserve Bank of Australia acknowledged that distributed ledger and blockchain technologies have an essential perspective on their extensive use in the financial sector and many other areas of the economy.”