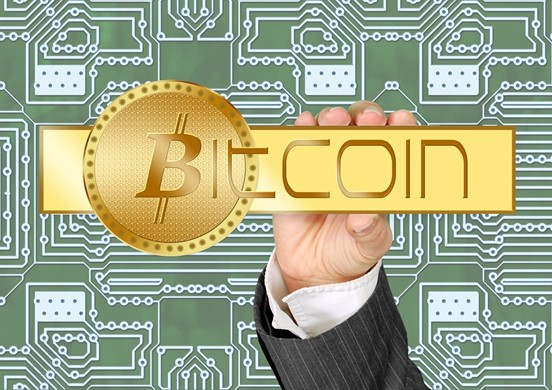 Cryptocurrency is something that the average person probably doesn’t know anything about. The name alone may scare some people with its baffling and seemingly cryptic name, but it’s actually something that banks and governments are getting wise to.

Its value is being acknowledged by entrepreneurs and companies alike, and with good reason—it’s the future of money in the 21st century.

Today, you’d be hard pressed to find a single accounting firm or software company that hasn’t looked into cryptocurrencies. But for some reason, the term has eluded you…or has it?

If you answer in the affirmative then you’ve heard of cryptocurrencies. Still confused? You’re not alone. As Senator Thomas Carper has said, “Virtual currencies, perhaps most notably Bitcoin, have captured the imagination of some, struck fear among others, and confused the heck out of the rest of us.”

Fortunately, you don’t have to stay in the dark when it comes to cryptocurrencies. It’s actually much simpler to understand than you might suspect. Today, we’ll take a look at the top things that most people don’t know about cryptocurrencies.

Let’s get into it.

In 2008, inventor Satoshi Nakamoto invented Bitcoin as a “peer-to-peer electronic cash system.” In so doing, Nakamoto constructed a decentralized digital cash infrastructure. Nakamoto was not the first to attempt this as multiple individuals had attempted it through the tail end of the 20th century, but he was the first to succeed.

By building his platform without a central entity, Nakamoto created an innovative file sharing paradigm that would go on to influence future forms of cryptocurrency.

Since cryptocurrency lacks a central entity, every person in possession of an account must share responsibility for preventing double spending. What this means is, every “peer” has to maintain a list of every transaction in order to ensure that future transactions are legit and not an attempt to double spend.

If all parties do not agree on a transaction then the whole thing falls apart. This network of gatekeepers and the records they share is what is called a “blockchain.” This blockchain serves as a digital ledger which prevents against theft or malfeasance.

A Miner Doesn’t Have a Pickaxe, He Has a Calculator

Forget everything you know when it comes to cryptocurrency. Miners aren’t just those dudes with black lung down in the ditches, they’re also the folks responsible for manning the blockchain. Miners are the guys and girls who confirm transactions.

A miner reviews transactions and gives them the stamp of approval. In return, they are given a token of cryptocurrency as remuneration for their efforts.

Since any old person can become a miner, Satoshi Nakamoto knew he would have to safeguard the network against corruption. In order to do so, he made it a rule that miners would have to find a “hash” each fresh block with the block that came before it.

Proof-of-work is the name of the game, a requisite means of locating and defining an expensive computer calculation. This consists of a cryptographic puzzle that must be solved. You know that expression, “The early bird catches the worm”? Well, it applies here as the first miner to solve a block’s problem is the one who is rewarded with a token.

Unlike PayPal transactions, true cryptocurrency transactions cannot be reversed once they’ve been stamped as legitimate. This can be a good thing or a bad thing. It’s good if someone sent you funds for work you’ve done online and then try to turn around and take those funds back.

Alternately, this can be a bad thing if you find yourself duped by an online scammer and realize the error of your ways only after releasing funds to the scammer in question.

Cryptocurrency accounts and transactions are not tied to any actual names. Everything is done using a pseudonym, meaning you can keep your identity shrouded when using Bitcoin and the like.

Although Bitcoins are received on addresses, it is theoretically impossible to connect those addresses with the real life people they are associated with. In an increasingly invasive digital age in which all of our information is out there in the ether, this is an attractive feature of cryptocurrency.

When you use cryptocurrency, you obtain your own private key to send your funds. All funds are held inside of a locked key system. Thanks to an advanced algorithm, this system is believed to be virtually impenetrable.

Unlike other services, cryptocurrency does not require any permits or agreements. It’s a software program that can easily be downloaded for free and used by anybody. There are no moderators or guards blocking you from sending cryptocurrencies. The power is in your hands.

Variety is the Spice of Life

I’ve referenced Bitcoin many times throughout this article, but it’s hardly the only cryptocurrency available when you download the software. On the contrary, there are tons of cryptocurrencies out there.

Some of the most well-known include Ethereum, Dash, Ripple, Waves, Augur, Litecoin and NEM. Ethereum is the second most popular cryptocurrency out there right now and it doesn’t just process transactions, it also processes contracts and programs.

Litecoin is a popular option because it generally works faster than Bitcoin thanks to a newer system and a greater volume of tokens. It’s often utilized as a Bitcoin backup.

Cryptonite is Not Just for Superman Anymore

Monero is a cryptocurrency that provides users a level of privacy that other cryptocurrencies like Bitcoin lack. Thanks to its cryptonite algorithm, people are able to use their cryptocurrency without their transactions leaving a breadcrumb trail.

So there you have it. These represent the ten fundamental things that everyone should know about cryptocurrency. I trust you have a better understanding of cryptocurrencies and how they work now that we’ve explored the future of digital payment.

Sam Bocetta is a retired engineer who worked for over 35 years as an engineer specializing in electronic warfare and advanced computer systems.  Past projects include development of EWTR systems, Antifragile EW project and development of Chaff countermeasures.  Sam now teaches in Ottawa, Canada as a part-time engineering professor and is the ASEAN affairs correspondent for
Gun News Daily.