BitBoost, based in Zug, Switzerland, is a blockchain company with a clear purpose in mind: to redefine e-commerce. To that end, they are focused on delivering the next generation of blockchain-based e-commerce solutions. After more than two years of work, the BitBoost team is proud to announce the release of their first app, The Block. Furthermore, the company is also preparing the token generating event of BBT, the BitBoost token, to be used in the app.

The Block is a marketplace built over the Ethereum blockchain, where people can freely trade using smart contracts. At his moment, a beta version is available for private testing, released to a few dozen selected users. Anyone can register for the public beta release, happening at the end of September. Feedback is encouraged to help BitBoost improve their software before final deployment on the Ethereum blockchain later this year.

For this purpose, BitBoost is inviting everybody to register as beta testers. The Block is available for macOS, Windows, and Linux, and will be downloaded at BitBoost´s website. Users will also find a Beta Guide at BitBoost´s YouTube channel, where they will learn how to install, run the app on their computers, and use main features. Testers will have access to the following features: login and logout, item listing and purchasing with ether and BitBoost tokens (BBT), searching, interface customization, bookmarking, escrowing, user rating, and messaging. The app is fully encrypted, and will be available in 20 languages.

BitBoost´s goal is to build, with the help of beta testers, a fully functioning marketplace, such as those already on the Internet, but with a completely different philosophy. Nobody, not even BitBoost, will be able to censor or forbid anyone from listing an item (although the listing feature will provide a security layer to avoid the traffic of illegal goods). Instead of using a centralized approach, BitBoost wants to facilitate e-commerce by making decentralized e-commerce a worldwide activity, with no intermediaries or big players controlling the whole ecosystem.

BitBoost is also planning a token sale for The Block. The pre-sale will start on September 18th, and main sale on October 10th. BitBoost’s approach to the token sale is very clear. As stated by the CEO, Paul Mahone: “we did not want to ask people to buy a token, and 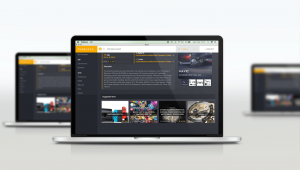 after that to wait up to two years to develop a suitable software. We wanted to first develop The Block, and we have been coding since 2015 for this purpose. Once finished and tested, we will generate the tokens needed and sell them to potential users. They will have to wait years before they have the chance to use them. We expect to deploy The Block on the Ethereum live blockchain in 2018, so hopefully tokens issued will be ready to use within a few months. This is a great difference compared to other token sales, and we are proud of being able to offer a working product for our token generating event. We do think that this makes a real difference”.

For further info, BitBoost is releasing weekly updates to its blog and social networks. Those subscribing to the mailing list will receive all related info about The Block and the upcoming token sale.

About BitBoost: BitBoost is a startup focused on the development of new blockchain apps for e-commerce. Incorporated in Zug, its dev team has been working in blockchain since 2014, when they first developed NXT FreeMarket, a marketplace on the NXT blockchain. Since 2015 they have been building this marketplace on the Ethereum network, a more suitable protocol due to smart contracts.