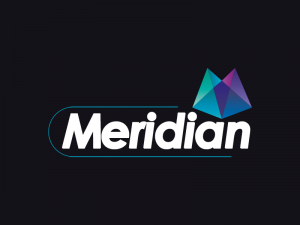 Bitcoin Press Release: Meridian (MDN) from Ledgermark Ltd is a digital asset that is designed be used as collateral to secure a Bitcoin loan of higher value.

September 10, 2017 London, United Kingdom – Historically we have come to realise that once the world makes a decision on which direction it is going – entities that oppose this direction end up fading away and thereby classifying themselves as obsolete.

As an example Blockbuster, once a video distribution giant, fell to the wayside after having its market share swallowed up by digital distributors such as Netflix.

This procedure of old, analogue processes being replaced by digital alternatives occurs again and again.

Printed media (newspapers and magazines) casted out by blogs and social media.

Digitisation is a process that makes life simpler by removing several complicated layers and steps involved in achieving a certain end result.

This brings heightened levels of convenience into the equation, and often leads to the wide scale abandonment of previous non digital iterations of a product or service.

“Now that a more technologically sound digital payment alternative exists, it may only be a matter of time before the more traditional payment systems seize to exist at same the level that they do today” suggests Richard Ochieze, Managing Director at Ledgermark LTD.

Eventually digital alternatives like Bitcoin and/or similar technologies will undergo a period of exponential and accelerated adoption.

The decision to employ the use of a digital asset as a form of digital collateral, is the process of digitising the collateral for loan procedure.

The internet has made it possible for individuals who are based in the most far off parts of the world to conduct international trade without having to leave their local areas.

Enterprising individuals like this should be able to procure a loan from any institution, on a world wide scale.

However, they are limited due to physical collateral requirements and issues relating to the establishment and verification of credit history.

But how does one establish credit without being able to procure their first loan?

This is the issue that Meridian proposes to tackle.

The Meridian service offers users the opportunity to procure a loan of up to one Bitcoin at a time. To qualify for this loan, users must pledge a certain amount of Meridian tokens as collateral.

“The long-term goal of the Meridian project is to build infrastructure that will allow our Bitcoin loans application to match borrowers and third party lenders, with Meridian tokens underpinning the security of each loan that is delivered on the platform.”

Users benefit from this since they are able to pledge a certain amount of Meridian tokens to procure a Bitcoin loan of higher value.

If a borrower fails to complete his repayments, he forfeits his Meridian tokens.

Therefore not only can the original loan amount be regained, but an excess of this amount can be gained via value appreciation of the Meridian tokens that were originally pledged as collateral.

The use of a digital asset as collateral provides borrowers with a cost effective route into the world of leveraged finance.

Meridian also compiles a history of such repayments thereby creating a digital account of credit history for each borrower, verified by the blockchain.

“We want to create an environment in which it is more profitable to maintain good behaviour than it is to attempt to cheat the system.”

Meridian tokens can be purchased during the ICO on 12 October 2017 and will then become tradable on all alternative currency exchanges.

To learn more about how Meridian differs from the alternatives, you are invited to watch the three-minute introductory video at http://myMDN.io

Learn more about Meridian at – http://myMDN.io

Ledgermark, LTD is the source of this content. Virtual currency is not legal tender, is not backed by the government, and accounts and value balances are not subject to consumer protections. This press release is for informational purposes only. The information does not constitute investment advice or an offer to invest.