In 1971, then US president Nixon made a momentous decision: He put the final nail in the coffin of the gold standard.

The process of divorcing the dollar from the gold standard had begun long before, and the reasons are fairly complicated – but it boils down to one thing: control. Governments want the ability to print money at will.

They don’t do this directly, of course – just printing money and paying debtors. Rather, they print more money, decreasing the value of all the money out there, and then pay their debts back with money worth less than the money they borrowed. It’s a nifty trick. 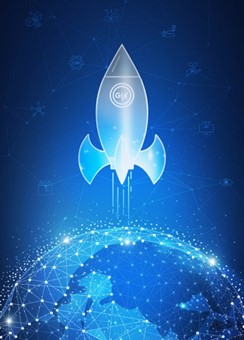 Unfortunately, the real victims of this maneuver are … all of us. Any money you have saved will lose value. Did you get a 2-percent raise last year? Well, it only looks like more money because the value of what you’re getting is the same as what you got the previous year. And the inflation rate in your local currency could be many times higher than 2 percent! Any investments you have need to increase in value higher than the rate of inflation in order give you a real return.

Which is why the smart money always has at least some of their wealth secured in hard assets such as real estate and precious metals—assets that are unlikely to lose their actual value.

But there are problems with holding these assets as well – they have to be stored, protected, transported, etc. They are not fungible or liquid so it can be difficult to access the value in those assets when needed.

Fortunately, with the rise of cryptocurrencies, it is no longer necessary to physically have possession of these assets. We are now entering the age of
Protected Coins – or coins that have their value secured not by the ‘full faith and trust’ of a government like the US dollar, or only by market speculation, as is the case of Bitcoin, but by having their core value protected by hard assets.

The concept of Protected Coins was developed by
GoldFinX as a merger of several key concepts.

At its simplest, GoldFinX is currently in the process of selling their ERC-20 token, the GiX which will eventually be protected by gold held in secured repositories. Since the GiX coins will be protected by gold, they will have a solid floor to their base value and be a solid hedge against government money devaluation.

And while you might think that funds from the sale of GiX coins would be used to directly buy the gold to back them, GoldFinX’s plan is actually much more forward thinking that that.

Most people know that gold mining is a huge industrial endeavor. What they may not know is that fully 40 million people around the world are engaged in what’s known as ‘artisanal mining’, of which millions are in the artisanal gold sector. These are small operators ranging from individuals panning for gold in streams to small groups digging open pits or sometimes unregulated underground mines.

Many people involved in artisanal mining are poor. They lack money for proper equipment, safety training, legal representation, access to markets, or security. Lack of equipment and training also means that they often recover a far lower percentage of gold from the ore than what large, professional conglomerates can manage. Further, because they are mining on ‘the fringes,’ when they do sell their gold, they will often only get 40-60% of market value. 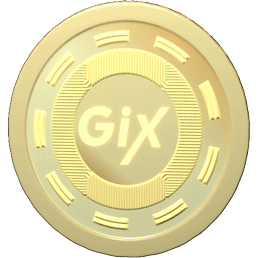 GoldFinX is proposing to use the funds raised from the sale of their GiX coin to properly fund initially at least 15 of these artisanal mines. They would provide both equipment and professional management support to allow these mines to work more efficiently, more safely, and with a lower environmental impact.

By providing the miners with better access to legal support and financial institutions, they will also raise the rate the artisans will recoup from their gold – improving their lives, building up towns and infrastructure, and generally raising people out of desperation by allowing them to truly benefit from hard work.

GoldFinX would provide resources upfront for a predetermined amount of gold. Once that amount has been reached, GoldFinX would retain rights to 20 percent of gold produced by the mines. The majority of this gold in turn will be stored and will protect the value of GiX coins that made this possible in the first place.

GoldFinX is currently conducting the main sale of their GiX coin. Artisanal mines are being selected by experts in the field and initial funding of those mines projected to occur toward the end of 2019. Further, the GiX token is slated to be listed on major exchanges at the end of 2019 so it can be bought and traded freely.

The project expects there to be 1 billion GiX coins printed eventually, with 250 million being sold in the first round at a set price of 2 Euros per coin. It is projected that gold reserves accumulated from the mines will match the value of this initial sale within 16 months of the start of production. Further sales of GiX coins will fund adding additional artisanal mines in the future.