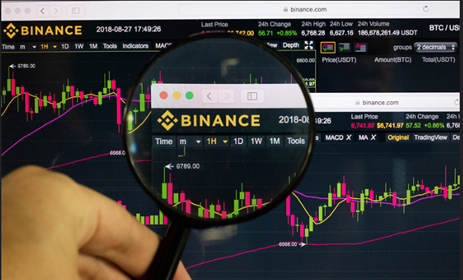 The allure of trading and using a crypto currency is the safety and security it provides. Coins such as bitcoin cannot be altered, and can only see new transactions on a chain. This has led to the creation of smart contract and mining operations that are considered safe and secure. Unfortunately, theft still remains which is cause for alarm.

It appears that the exchange Binance, is the latest organization to experience a significant theft. Hackers have stolen over $40 million worth of bitcoin from Binance. This exchange is considered one of the world’s largest cryptocurrency exchanges in the world and also one of the most secure. The news came as the company made an announcement about the theft on Tuesday, May 8, 2019.

The company revealed that the hackers were able to steal more than 7,000 of bitcoin from the exchange and used several attack methods to steal the coins. The breach of Binance is considered a large scale theft and one of the worst in cryptocurrency history. In addition to stealing 40-million worth of bitcoin, the thieves stole user information such as two-factor authentication codes which are required to use to log into a Binance account.

Binance was able to trace the theft of bitcoin to a single wallet. The hackers were able to execute their actions through several independent accounts at the most opportune time for the thieves. Obviously, the hackers knew exactly what they were doing as they were able to bypass several existing security checks according to the company. In addition, the transaction was complex and was able to generate a withdrawal before Binance was able to catch the hack. Once the withdrawal transaction was executed, it triggered various alarms on the Binance system. The company said that it stopped all withdrawal transaction once the theft was noticed. Investors and users of bitcoin will still be able to trade bitcoin through the Binance exchange.

The Theft Occurred in a Hot Wallet

The company said that its Hot Wallet which accounts for 2% of bitcoin holding was where the theft occurred. A hot wallet is one that is connected to the internet. A cold wallet is one where digital coins are stored offline. The company said that deposits and withdrawals on Binance’s platform will remain suspended but trading will be allowed. They also warned that hacker might still control several user accounts and could influence prices. The company also said that it will cover the incident and users funds will not be affected.

Despite the reassuring words, a hack like this will likely reverberate throughout the crypto currency market. If hackers are able to infiltrate one of the largest exchanges, how will smaller exchanges deal with a situation like the one that occurred with Binance?