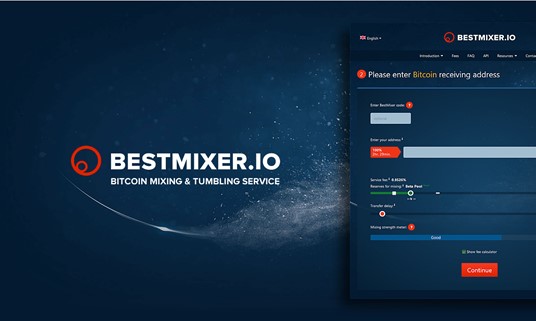 Most cryptocurrency users are oblivious to the fact that the race to uncover the pseudonymous identities behind wallets and exchange accounts is just as furious as the race to develop cryptocurrencies themselves. Thankfully, the BestMixer.io team recognized that the world was missing a service to truly anonymize cryptocurrencies, and subsequently released their bitcoin blender designed to keep users safe and sound from blockchain analysis.

Blockchain analysis is the preferred method used by cybercriminals and government agencies that are on an unending quest to uncover who owns what on the blockchain. For cybercriminals, the spoils can be massive. Crypto-personality Ian Balina was recently hacked for millions of dollars worth of crypto, and that was despite is his use of safe passwords and other security measures. For Balina as well as others, the gap was in their reliance on security measures other than making their cryptocurrency anonymous through tumbling.

“Coin mixing or coin tumbling is a blender service to break the connection between the address, sending coins, and the receiving address(es). Since the Bitcoin blockchain is a public register recording every transaction, coins mixing is essential for those who wish to defend their privacy from the whole world who are able to find out where they send their coins to, where they receive them from, or the total amount of coins in their wallets,” state the BestMixer.io dev team in their wiki.

Why is it necessary to use a trusted bitcoin blender such as BestMixer.io to resist blockchain analysis? Blockchain analysis works by scanning for connections between sending and receiving addresses. If trends or patterns are detected, blockchain analysis draws conclusions which group different coins, wallets, and transactions together and builds a profile of that user. As per Ian Balina’s recent hack, we see that using this form of analysis is profitable for hackers as they’re able to discover information about users, and government agencies are able to use the information to build a case for paying taxes or other reasons against suspected wallets. Since coin mixing breaks the links between coins, wallets, and addresses, it becomes impossible for cybercriminals or other groups using blockchain analysis to draw the conclusions needed to target users.

The world’ first and only blockchain resistant mixing pool 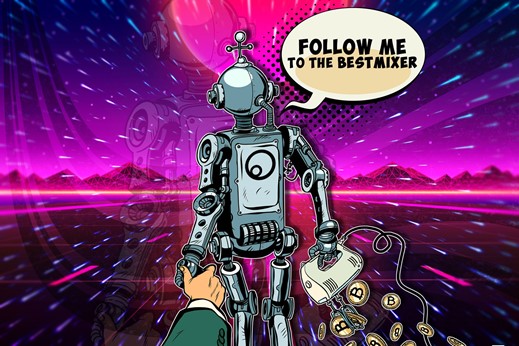 BestMixer.io recently cemented its reputation as being the web’s best bitcoin blender with the introduction of the Gamma pool, the world’ first and only guaranteed blockchain resistant mixing pool. The coins within the Gamma pool are sourced exclusively from the BestMixer.io private reserve and investor funds, meaning clients using the Gamma to tumble their tokens receive clean, untraceable bitcoin.

For the uninitiated, using a legit bitcoin blender such as BestMixer.io may seem daunting but the team went the extra mile and created an easy, step-by-step tutorial on using their bitcoin mixing service. Lastly, the BestMixer.io website is available in a Tor-friendly version for those looking for end-to-end anonymity.