As the price of Bitcoin seems to be pushing once more to top 1,000, some of the old excitement that used to ripple through the Bitcoin community seems to be coming back–more reserved and cautious, perhaps, but coming back. 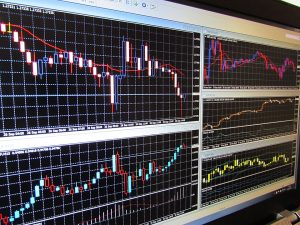 There are a number of notable differences between the current run-up and the spike we saw in 2014. First and foremost, of course, is the lack of a Mt. Gox with bots manipulating the price. Also then, and for most large price movements that followed, Chinese exchanges let the action, trading either significantly higher or lower than exchanges in the US or Europe.

And then there was a change: just after Bitcoin reached to top its all-time-high a few weeks ago, word came from China that the officials had arrived at the various exchanges to investigate fraud, money laundering, or any other nefarious goings on. This was very unwelcome news as it hearkened back to the frequent “China is banning Bitcoin” news of 2014 that precipitated drops in the price so often that it became a running joke.

This time, though, there is no threat of banning Bitcoin, but indications seem to be that the authorities were actually running checks of the exchange operations to make sure they were being run in accordance with the law. Shortly after the checks began, the exchanges announced that they were instituting small fees on all trades, which had the immediate effect of plunging the exchange volume–something observes had long noted was too high. The high trading volumes were likely an effect of HFT trading combined with some of the exchanges moving money around internally to make themselves look bigger to attract business.

Now we’re in the midst of the first move up since the pullback after those checks started, and looking at the prices one thing jumps out–the Chinese exchanges are not leading the action. OKCoin seems to lead a bit, but on the whole, the Chinese markets have seemed pretty restrained.

Conversely, GDAX, which has been more reactive than some of the other markets, seems to have been leading many of the other exchanges in price. Perhaps we are seeing a shift away from an artificial price-discovery model led by Chinese exchanges to a fundamentals driven model led by GDAX.

Another thing of note is that Bitcoin seems to be gaining traction in South America and Africa. Trading in Nigeria has topped one million dollars, and even before those reports started coming out, Bitcoin Warrior noted an increased amount of traffic from that African nation. It seems some have started to notice that Bitcoin really does have a use case in cross-border exchange.
Internally, Bitcoin is still hampered by a largely technical fight over how best to scale the network, and it’s our opinion that something will need to break in that debate before we really see a Bitcoin moon shot, but by nearly all other metrics, Bitcoin fundamentals seem to be solid.