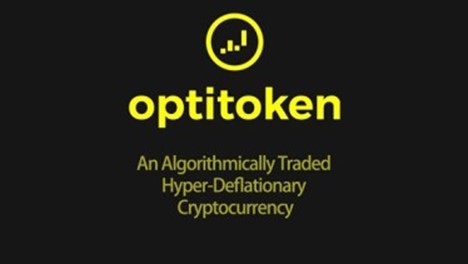 In 2018, with the crypto market bubble of 2017 well and truly popped (or at least deflated, by 80%!) certain realities have set in; promises of impending technical nirvana are noticeably muted, lambo deposits have been forfeited, dreams of early retirement pushed back and disappearing beyond an imagined horizon. . .

Into this economic environment has appeared a new classification of blockchain token, designed by an investment group – OptiToken – that’s demonstrated a clear understanding of one of the most effective ways to control the economic forces providing pressure on the value of crypto assets.

Cryptocurrencies are much like any other currency in their relationship to supply and demand. The more of a currency that’s in circulation, the less each unit is worth. When the supply is reduced, demand for the currency – and subsequently, its value – increases. This second scenario is what is commonly known as deflation.

Now imagine if you could control the supply of a token, reducing it over time in order to increase its value.

That’s exactly what OptiToken has set out to include as an intrinsic feature of OPTI, the world’s first hyper-deflationary token, or HDMS. Buying back its tokens on exchanges, OptiToken creates its own artificially generated deflationary cycles by then taking the purchased tokens permanently out of circulation. The relative value and demand for the remaining tokens on exchanges is therefore driven up as the supply goes down.

So far, it seems to working extraordinarily well!

While there are no specific numerical markers that, once reached, can cause a deflationary trend to gain the ‘hyper-‘ classification, OptiToken could certainly justify the ‘hype’ however, when its first buy and burn cycle, executed just a couple of days ago on the BTC-Alpha exchange, yielded an immediate and astonishing 400% gain for OPTI.


OptiToken derives its purchasing power through the returns generated by OptiX, an AI-calibrated trading algorithm that has vastly outpaced BTC since its implementation in November 2017. Now with the impending launch of OptiX UI, OptiToken can look forward to trading and generating additional returns on a full-time, 24/7, basis.

All of these achievements are exceptional in their own right. When you add the apparent demand for such a an asset – OptiToken saw its market cap surge to just under $500,000,000 when it launched on the BTC-Alpha exchange in late July – OptiToken has just hit back-to-back-to-back home runs, and its only the first innings.