Bitcoin is running at around 2,500 dollars right now. The question that many mainstream sites seem to be asking is, “Is Bitcoin in a bubble?” and “Does Bitcoin have any intrinsic value?

The answer to these questions is respectively no and yes. 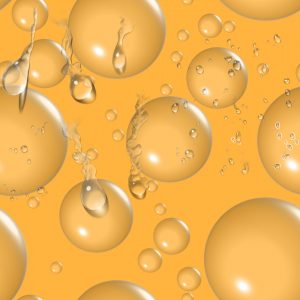 Of course, it’s reasonable to ask if Bitcoin is in a bubble – it’s seen them before and will again. Right now, though, Bitcoin’s rise seems to be predicated on an increase in use and adoption. Japan has recently give Bitcoin a legal go ahead and multiple companies are ramping up Bitcoin services. As I live in Japan, I can attest that there are TV commercials and news reports about Bitcoin. It’s gained enough exposure that even normally uninterested people are suddenly talking about it.

Likewise Russia has seemed to ditch it’s wildly vacillating opinion of Bitcoin – mostly signalling that it would likely ban it and arrest anyone using it. Russia has indicated that it will be legalizing Bitcoin and there as well reports are that Bitcoin businesses are ramping up.

China has been even more schizo than Russia, and as it hosts a large segment of Bitcoin’s mining industry and several large Bitcoin exchanges, random pronouncements by the Chinese government have caused Bitcoin’s price to tank in the past – so much so that it became a joke for a while to blame any little dip on a memo coming out of the People’s Bank of China.

At the beginning of this year, China audited and hamstrung a number of the exchanges. Withdrawals were suspended while the PBOC worked out what actions it would take. Surprisingly, given the history of PBOC effect on price, this had a muted effect on the bull run then in process. Prices dropped, but not as sharply or as sustained as we had seen in the past. Now, withdrawals from those exchanges are resuming and it seems some of the money is coming back with confidence that the exchanges are sound having survived official scrutiny.

We also know that adoption is growing in a number of places where the official view is less welcoming. In Venezuela Bitcoiners are being arrested – and they’re not the only country putting the screws on. But despite this, usage rates seem to be growing in these countries, which makes sense as Bitcoin’s best use case is as a hedge against the weakness and corruption inherent in national currencies and current financial systems. If inflation is rampant and governments are punishing petty crime but enabling massive fraud, then going for a sound currency like Bitcoin makes eminent sense, even when there is risk of arrest.

Which brings me to the question of whether Bitcoin has intrinsic value or not.

My answer above was ‘yes,’ but in a way, that’s not really true. Things only have value in that they are useful, desired, and limited. Air is a bad currency because it’s freely available, even though it’s necessary for life. Gold is a good store of value in that it is desired, durable, and rare. Gold will tend to hold it’s relative value over many generations – and that’s something t be desired when national currencies fluctuate. It’s also hard to store, carry, and exchange – which makes it kind of a bad currency.

In gold’s case, because it’s difficult to store and carry, a secondary market has sprung up where people own paper certificates redeemable for gold. It’s thought that there are many times more certificates for gold being floated than there is actually gold, meaning that if you don’t actually have the gold in your hand, you probably don’t have the gold.

In many ways, Bitcoin is similar to gold, with the advantage that it’s easy to store (as long as you educate yourself about how to secure it), easy to move, and easy to segment (you don’t have to melt it down to send small chunks). It’s not shiny and you can’t make a statue of yourself with it – but those are not the real reasons gold has value anyway.

The real reason gold has value is that it’s durable, of limited supply, and mainly, people have just decided it’s valuable.

Now back to talking about bubbles.

I have a solid belief that Bitcoin’s current valuation is not a bubble – that it would need to rise to ten times its current value before I would say it’s over-bought. That being said – it is at a crossroads.

Bitcoin’s biggest technical challenge over the last few years has been if and how it will scale for mass adoption, The debate over this has been acrimonious with good arguments and bad actors on all sides. Right now, in the midst of an adoption bump, Bitcoin has hit its hard-coded limit of how many transactions it can accommodate in a second – a surprisingly small 3-7 transactions.

Bitcoin is at a crisis point – and the next few months will determine its future. There are three likely courses it can take – the different players will find a way to break the impasse, Bitcoin will scale, and we will see a massive price and adoption surge as those waiting in the wings breathe a sigh of relief and pile in. At this point, Bitcoin will be both digital gold and digital currency and has the potential to become the world’s reserve currency. In this scenario, I foresee alternative coins retreating into niche use cases and diminishing in importance. Though there are alternative coins that have technical benefits over Bitcoin, I strongly believe this is the ideal scenario.

The second possibility is that Bitcoin fails to scale, in which case it will retain its value proposition as a store of value and will continue to grow – but at muted rates as it will have lost its ability to be the currency of the internet or to be a good way for people to remit money over borders. Bitcoin will truly become only digital gold. In this scenario, I envision alternative coins stepping up and taking over the use cases that Bitcoin abdicates. I think that this will be unfortunate as there will be an incredible number of scams – there already are – and people will have their futures destroyed before a few reliable coins finally emerge as trustable. In the end, we will end up with a situation similar to if Bitcoin scales, but it will be messier and the cost will be much higher.

A third possibility is that the battle over the heart of Bitcoin causes chain splits, bugs in the protocol, attach vectors for hackers, … In this scenario, people will flee Bitcoin, some escaping into altcoins, but more fleeing cryptocurriencies altogether. Major altcoins will try to step up to replace Bitcoin, but will be plagued by many of the same problems Bitcoin has now. There will be scams and partisan fights. Finally, in this case, we’ll likely see large-scale government crackdowns. In the wake of the Bitcoin crash, with stories of false promises and ruined fortunes, a terrified public will readily accept the regulations. In this scenario, we would end up with cryptocurrencies, but they would be nationally issued fed coins – the worst of all worlds.