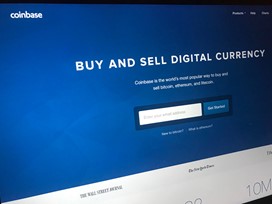 Despite an August cryptocurrency selloff which resulted in over $75B in market capitalization being lost, the largest American cryptocurrency exchange Coinbase has stated that the interest in the digital asset space has anything but slowed down. At a Bloomberg Summit in San Francisco on August 14, Coinbase’s CEO Brian Armstrong stated that the exchange has seen an average of approximately 50,000 daily registrations. The Coinbase CEO went on to state his interest and belief that initial coin offerings (ICOs) will in fact revolutionize the way that venture capital deals and investments are completed as a whole. Armstrong specifically stated how interesting it was that for the first time, anyone in the world could send cryptocurrency to a project’s wallet, allowing for global ideas to obtain new opportunities, rather than success being reserved for a select few with the “right connections” in Silicon Valley. Most interestingly, however, Armstrong pointed out some little known facts; ICOs have outpaced any capital raising method in history, and, despite the massive cryptocurrency selloff, are on track by the end of the year to have amassed nearly 4x the aggregate capital raised via ICOs in 2017.

“Developers of these blockchain-based projects have stated many times before that while cryptocurrencies are volatile the multi-year trend is for cryptocurrencies to find a new higher plateau after every rise and fall cycle,” explains Dima Zaitsev, the International PR Lead at ICOBox. “Whether or not you believe in cryptocurrency is another topic, the clear fact of the matter is that ICOs are enabling people around the world with little to no opportunity to reach out and obtain support for disruptive new technologies. For example, someone in Silicon Valley could have a mediocre idea when compared to an idea from someone in a less developed country. However, since the third world country participant had little access to fundraising methods, they’re many times left stuck and the Silicon Valley participant will end up raising a lot more money. With ICOs, technology innovation is on a globally level playing field. We’re now seeing more revolutionary and efficient ideas coming from areas around the world all thanks to ICOs.”