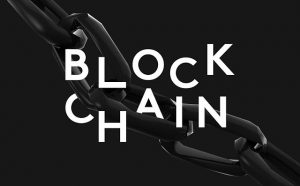 Most innovation happens as an evolution, not as a revolution. Statistically, iterative improvements are a faster and more reliable route to a successful product than “disruption.” Numerous books and articles have been written that demonstrate that.

The easiest way to innovate through evolution is to look at how one industry works and try to apply its innovations to the next.

Working at Goldman Sachs in Credit Risk, I learned a lot about collateral and how it works on a large scale.

The premise is simple: If I’m Bank A and I buy IBM shares from Bank B with cash, if Bank B declares bankruptcy overnight, I can lose both my cash and the stock. Lehman brothers hit that iceberg in September 2008 — everyone knows how that went.

Collateral regulations were tightened in response to the financial crisis. Under the regulations, the monetary sum of all transactions must fit within some percentage of collateral held for that party. So risk is mitigated through owning valuable assets that belong to Bank B. Goldman uses even stricter formulas than those dictated by U.S. government.

Interestingly, this collateral can take any form. Ownership of gold, stocks or bonds is fairly straightforward. But then there are also yachts, planes, art, patents, interest in a mortgage and so on.

Say Bank B fails and my bank needs to sell its art collateral. The art market is unpredictable. A painting may be worth quarter of its appraised value due to “popularity” or any other reason imaginable. The same goes for an airplane (or a share in one).

Clearly, the industry is starting to catch on. The announcement Thursday that American Express and Santander opened a blockchain-based corridor that can send payments across the Atlantic in seconds is a clear indication that the changes to the settlement process are already here.

While not necessarily as stable as gold or U.S. dollars, the top-tier cryptocurrencies certainly appear to be stable enough, and with enough daily volume to clear most positions without moving the market. Crypto is the perfect technology for collateral — it costs nothing to hold and very little to transfer any amount of it to a different owner.

We looked at the trading world and saw that blockchains lack the ability to use collateral to get a “margin”: If you own X shares in IBM stock, you can use that dollar value as collateral to buy anything else. So we thought — why not see if we could offer collateral-backed loans, in essence adding ability to do margin for the blockchain world?

Similar products have been available to traders for years. By recognizing that a blockchain investment is valid collateral, we can offer anyone an opportunity to maximize their earning potential by freeing up their locked-up cash. If we are holding that currency for them, the clients can take that value and receive liquid assets like other coins or cash to trade, buy equipment, pay off debts or purchase goods.

Alex Rass  has many years of experience in IT and fintech at the largest financial institutions in the U.S. (Goldman Sachs, Prudential Financial, etc). He has been involved in computer security and Ethereum startups. Alex is also a founder of ITBS LLC, a company specializing in blockchain security, while also launching several Fintech startups as a co-founder.