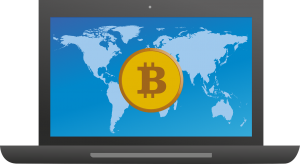 Coinbase has recently been actively following US Laws and policies planned to stop crooks. In fact, it appears to be suspending the accounts of “white hat” security experts who use Bitcoin to assist law-abiding customers.

In 2015, Coinbase Night Lion Security’s Vinny Troia since they needed to know how he was using his Bitcoin. Troia  responded to the request and reasoned that his security business activities usually including either paying digital ransom on behalf of clients impacted by attacks like WannaCry, or validating database breaches by acquiring information from malicious hackers, all of which with customer authorization.

“I told them I run a security firm. I pay for ransoms and buy documents on the dark web when clients request it”.

Not finished with their inquiries, Troia was asked by Coinbase whether he had an authorization from US Department of Justice to perform such activities on behalf of his clients. Unable to provide such permission, Coinbase immediately suspended his account.

The saga continues when he attempted to open new accounts under his relatives names, so he could continue his operations. However, Coinbase shut those down, too.

While there may be perfectly good reasons for legitimate businesses might have to conduct Bitcoin deals with shady characters –  including, state, unlocking crucial systems contaminated by a smart virus – conducting such transactions usually get flagged by Fraud and Risk teams in exchange platforms in order to prevent anti-money activities and criminal activity (KYC, for “know your customer”).

Troia had to scrambled around looking for ways to purchase Bitcoin quickly and resume his operations. His solution? Purchasing bitcoin through a bitcoin ATM at a mall in  St Louis.

Such circumstance pretty much illustrates the growing pains of Bitcoin as its community grows.