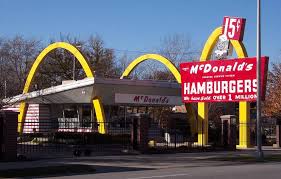 Wednesday 29th November, 2017 – Bitcoin’s soaring popularity has left Betway pricing up a list of possible acceptors with McDonald’s a warm order at 1/2.

US giant Walmart looks nailed on to accept Bitcoin by the end of next year at 1/5, as does British Airways at 1/3 according to the leading online bookmaker.

Retail favourite Argos is also short in the betting at 4/5 to allow cryptocurrency transactions by the end of 2018, while Amazon, 6/4, and Easyjet, 7/4, could both follow suit.

Apple is a 5/2 chance to deal in Bitcoin before the end of next year, a deal that could see the currency’s value continue to climb.

Bitcoin hit the $10,000-mark yesterday and Betway thinks the only way is up at the moment.

Priced at just 11/8 to smash through a $20,000 valuation before the end of next year, the leading online bookmaker can’t see Bitcoin’s bubble bursting anytime soon.

Betway’s Alan Alger, said: “We’re seeing fresh gains for Bitcoin on a daily basis at the moment, leading us to believe that Bitcoin could easily sail past $20,000 before the end of next year.

“With the steep increase in the number of people getting their hands on Bitcoin, we think it’s highly likely at odds of 1/2 that the likes of McDonald’s will begin to accept it. I’m not sure how many fractions of a Bitcoin it would take to buy a Big Mac but it looks like we’ll start finding out sooner rather than later!”

To accept Bitcoin before end of 2018:

About the Betway Group

The Betway Group is a leading provider of first-class entertainment across sports betting, casino, bingo and poker. Launched in 2006, the company operates across a number of regulated online markets and holds licences in the UK, Malta, Italy, Denmark, Spain, Belgium, Germany and Ireland. Based in Malta and Guernsey, with support from London, Isle of Man, Stockholm and Cape Town, the Betway team comprises over 1,000 people.

Betway prides itself on providing its customers with a bespoke, fun and informed betting experience, supported by a safe and secure environment. Betway is a member of several prominent industry-related bodies, including ESSA, the Independent Betting Adjudication Service (IBAS) and the Remote Gambling Association (RGA), and is accredited by trusted international testing agency eCOGRA. It is also a partner of the Professional Players Federation (PPF) and is a donor to the Responsible Gambling Trust.

In addition to the flagship Betway brand, the Betway Group operates a number of other brands including Dream Bingo, Bingo on the Box, Spin Casino and the Hippodrome Online Casino. For more information about Betway’s various products and licenced brands, please visit www.betwaygroup.com.