Three headlines caught my eye this morning that reaffirmed my belief in not only the viability of Bitcoin, but also the need for it.

The founding statement explaining Bitcoin’s existence, if there is one, was embedded in the first block of its immutable ledger, the blockchain. Encoded into the block are the words: The Times 03/Jan/2009 Chancellor on brink of second bailout for banks.

The first block was mined a few months after the start of the devastating great recession, which had been brought about by large banks conducting business in risky and unethical ways, because it was profitable for the moment and their bonuses 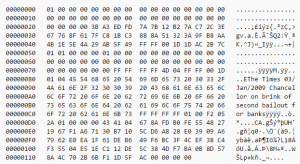 were large. And when the tranches of subprime mortgages upon which their house of cards was built began to shift and sink, they fell like behemoths.

Not really, though. In a purely capitalist society, the worst offenders would have been pulled under. In ours, though, most of the banks were deemed ‘too big to fail,’ meaning the pain of having them fail was thought too great for the nation to allow. So, taxpayer money was poured into the banks to bail them out.

The injustice was lost on few, not the least Satoshi Nakamoto, the founder of Bitcoin, who saw fit to embed it into the founding element of Bitcoin.

Fast forward 8 years, and what do we find?

Wells Fargo, following a 185 million fine last year for defrauding customers by secretly opening new accounts and charging fees for services not requested, is this year contesting a 5.4 million judgement to lost wages and court fees to be paid to a former manager who had blown the whistle on unethical practices at two Wells Fargo branches in the Los Angeles area. They are also supposed to rehire the manager who has not been able to find work since his firing due to a system of blacklisting ‘troublesome’ employees the banks have concocted.

Citibank has been found to be one of the top three banks accused of credit card abuse by its customers according to the Consumer Financial Protection Agency. WallStreetOnParade, and excellent site dedicated to watchdogging our financial industry, has listed the number of abuses and fines the company has been subjected to in recent years, which doesn’t begin to scratch the surface of what they’re likely guilty of.

Citibank was, of course, one of the banks at the center of the 2009 crash, and received nearly half-a-billion dollars in taxpayer bailout money. That was the public payment. It was later revealed that from 2007-2010, Citibank received 2 TRILLION in favorable loans from the Federal Reserve. Why? They are too big to fail.

Finally, we are now hearing that Jamie Dimon, protege of Sanford Weill who established the culture of ethicless behavior at Citibank and now head of JP Morgan and Chase, is saying that ‘too big to fail’ as a problem has been fixed by the weak oversight and fixes put into place after 2009. Capital controls have fixed everything, and the government oversight people should lay off as it will decrease the banking industry’s ability to pivot in the face of a new crisis.

The banking industry has only grown bigger since 2009. Politicians and regulators have only gone more into the pocket of those self-same banks. And now, we have a coterie of billionaires heading most of our government agencies with one goal in mind above all others – get rid of inhibiting regulations.

The role of government, when it is doing its job, is to protect the powerless from the powerful. The regulations and oversight bodies are there to protect little me from massive, faceless corporate entities (who are also, strangely, legally people). The government is largely failing at this job.

And that is why we need Bitcoin to take back control of their finances. It is money made for an internet world. It allows me to be my own banker. And it allows me not to support these mammoth corporations that are at the heart of our corrupt system.