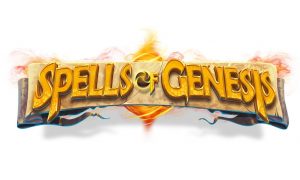 Geneva – 6 December 2017 – Swiss gaming company EverdreamSoft, creator of Spells of Genesis – one of the first games to integrate the blockchain – and crypto currency BitCrystals, has added a “blockchainization” feature in the game. Blockchainization allows players to transform their in-game assets into standalone, trade-able blockchain assets. The new blockchanization feature will go live on December 6th, and will let any Spells of Genesis players with fully levelled up an in-game card (in SoG terminology, this means the card is “quad-fused and levelled up”) transform into blockchain assets, and move them from the game into their own digital wallet.

Giving players total control over their assets opens up many opportunities for gaming studios that see the potential of blockchain to the games industry. Not only does it mean players get to turn their investment of time and money on their favourite games into an asset that they actually own (rather than the game publisher or the platform owner retaining control), players can potentially ‘monetize’ their playing skills or time spent crafting and improving an in-game item. Anything that gets “blockchainized” in this way is transformed into an independent digital token, free to be sent to another player or to be sold on a trading platform.

EverdreamSoft’s CEO and Founder, Shaban Shaame, believes that the ability to use blockchain to give players true ownership of in-game assets has the potential to transform the games industry.

“Players can currently invest thousands of hours in games, building up powerful, or unique in-game assets. Yet, they have no ownership over them, said Shaame. “As we’ve seen with the recent concerns over loot crates and skins gambling, the ownership and control of in-game items is something that the games industry needs to resolve. Using blockchain provides an ideal way to achieve this; the question has been how to connect existing game economies to the blockchain in a way that doesn’t de-stabilise the game, and more importantly, works.”

How does blockchainization work?

There is an in-game cost of each blockchainization,  paid in crystals or gems (the different in-game currencies in SoG):

There may be a delay in receiving newly blockchainized cards due to the volume of all bitcoin blockchain transactions.

About Everdreamsoft
EverdreamSoft is a Swiss-based company specialised in the development of mobile games and applications. EverdreamSoft explores current and upcoming new technologies and their potential application in the entertainment world.

Spells of Genesis, a fantasy-themed Collectible Card Game (CCG), was launched on April 20, 2017. It is gives “true ownership” of digital assets to their players, while building a precedent of Bitcoin blockchain integration in games. EverdreamSoft has also launched its own digital wallet, Book of Orbs.

Book of Orbs is a mobile app Gaming Wallet (available on Google Play, a web version is in preparation) functioning as an album for digital game assets as well as offering tools to sort, trade and exchange them directly on the secondary market.
(cf. http://bookoforbs.com/index_eng.html#about)

The company is also developing a Blockchain Gaming Platform, which will allow more game studios to embrace blockchain technology into their products and provide creators tools to produce, manage and sell their own digital items.