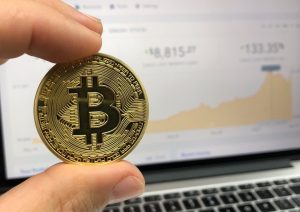 In May 2019 the value of Bitcoin reached new absolute peaks, exceeding the highest prices reached in September 2018. Better than a bet won on casino-bonuscode.us, you might say. It is therefore not surprising that now cybercriminals want this growth for illicit gain, undermining crypto-currency users with various frauds and malicious apps.

According to the researchers of the Slovak company ESET, one of these applications called Trezor Mobile Wallet, impersonated the popular portfolio of Trezor crypto currencies and referred to another fake app called Coin Wallet; the latter presented itself as a tool to create wallets for various crypto currencies, when in fact it did something else.

In reality, it induced the unlucky user to transfer their virtual coins into the wallets of the hackers. The fraudulent app was uploaded on Google Play on May 1, 2019 with the name of the developer “Trezor Inc.” and has deceived several users thanks to an excellent job of camouflage that made everything seem very credible and convincing.

Moreover, something not to be underestimated, the app appeared as the second most popular result in the search for “Trezor” on Google Play, just behind the official app of the same name. Following the ESET report, Google Play immediately removed the malicious app and Trezor wanted to confirm that the fake app does not pose a direct threat to its users provided, of course, that you don’t download it in any way.

Another concern is that email addresses collected through fake apps like this one could later be criminally used in phishing campaigns. ESET researchers remember that in order to avoid frauds linked to online cryptocurrency it is necessary to:

The problem, however, is not just with the app. Kaspersky Lab’s research team data shows a worrying increase in the number of malware specifically designed to steal credentials and money from mobile banking accounts: in the first quarter of 2019, researchers detected 29,841 such malware, showing a marked growth after the 18,501 of 2018’s final quarter. Overall, attacks targeting more than 300,000 users were detected.

Mobile banking Trojans are among the most flexible, dangerous and fastest evolving malware. This type of malware’s main objective generally is to steal money directly from users’ mobile banking accounts. On some occasions, however, the theft is directed to other types of credentials. Malware presents itself as a legitimate application, such as a banking application. When a victim accesses the banking app he or she believes to be authentic, cybercriminals get access credentials to the application. Banking Trojans have not only grown in the number of samples detected, but their percentage in the general scenario of cyber threats has also increased.