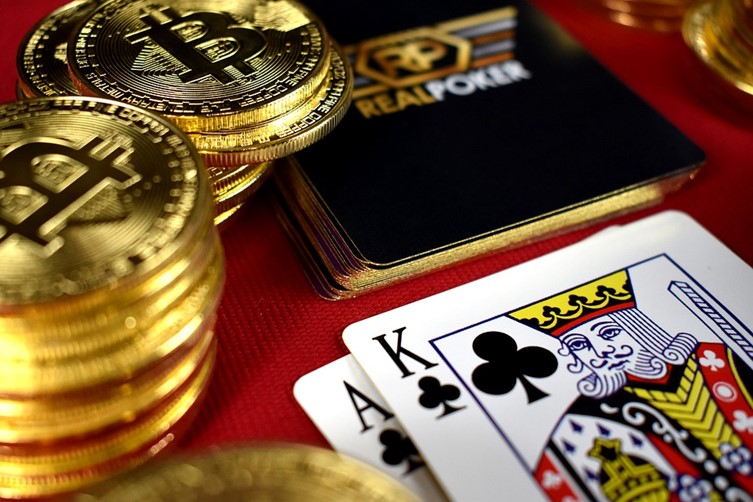 Bitcoin has been around since 2008, but in recent years it’s mushroomed in popularity. And there are good reasons for this – Bitcoin is safe and convenient, which (let’s be honest) are the two things that people value most with currency – aside from having it lot of it!

As Bitcoin becomes a staple of financial transactions, casinos have begun to incorporate it into the service they offer their gamblers. But does this mean Bitcoin gambling is the future for offline and online casinos? Let’s take a look at the details.

What’s the situation with Bitcoin and online casinos?

Since becoming a more broadly accepted currency, Bitcoin has become increasingly popular with online casinos. There are now a huge number of online casinos that accept Bitcoin, along with some that only take the cryptocurrency.

What online casino games can you play using Bitcoin?

Depending on the online casino you select, you can play whatever games you like using cryptocurrency. There are also specialist Bitcoin coin sites for certain games, such as blackjack. However, this is due to the fact that blackjack’s simple rules make it incredibly popular, rather than it being a better fit for Bitcoin than other games.

What are the benefits of using Bitcoin at online casinos?

It’s simple: prices, security, and convenience. Bitcoin charges lower fees to online casinos while offering a faster and more secure service to gamblers. One of the more important but less obvious reasons is that Bitcoin makes gambling more accessible. This is because it gives online casino access to people from regulated markets – such as Canada and the U.S.

What are the drawbacks of using Bitcoin at online casinos?

The major drawback to using Bitcoin (certainly in the U.S.) is that stolen Bitcoins don’t receive protection from federal government. However, as more people use Bitcoin and it becomes a more mainstream currency in the future, I expect to see more protective measures put in place by state organizations.

I’m not going to make bold claims like “Bitcoin is the future of online casino gambling.” No. What I will say is that you can be certain Bitcoin is going to be a big part of gambling, because it offers so many pros to both gamblers and online casinos.

Of course, if you’re not sold on my thoughts then there’s this from Betway, one of the world’s top-rated online casinos: “Could we see Bitcoin deposits becoming the norm in 2018 and 2019? If major banks get involved and develop their own crypto-currencies, then don’t bet against it.”

Offline casinos might seem a trickier proposition for Bitcoin than online casinos – it is, after all, a digital currency. That being said, land casinos have been steadily adopting Bitcoin since 2014 – even in Las Vegas.

What offline casino games can you play using Bitcoin?

What are the benefits of using Bitcoin at offline casinos?

What are the drawbacks of using Bitcoin at offline casinos?

The most important drawback of using Bitcoin in offline casinos concerns regulation. As it stands, there are only a small number of jurisdictions that have brought their regulations in line with the growth in cryptocurrency – meaning there are a lot of offline casinos that simply cannot use Bitcoin.

Will this change in the future? I don’t think it’s a leap of imagination to say that it will. Gambling, like all industries, is governed by consumer demand and with Bitcoin already gaining in popularity among the next generation of potential gamblers (the aforementioned millennials), offline casinos will need to develop their regulatory framework to meet these needs.

While you can clearly see an online casino future with Bitcoin featuring heavily, the future for offline casinos and Bitcoin is still coming into focus. Much of the uncertainty is around the earlier mentioned regulatory issues – if offline casinos aren’t allowed to use Bitcoin then they won’t be able to do so.

But let’s look at the future in this way – already many nations and people are moving towards a cashless way of living, indeed, Sweden is going to become the world’s first cashless society in 2023. Bitcoin and cryptocurrency is the logical development of the move away from cash and that means offline casinos will eventually have to incorporate it. The question of how far into the future this comes will be answered by consumer demand.

Let’s be clear about one thing – Bitcoin is part of the present of consumer spending and it’s going to play an even more important role in the future – people are using Bitcoin and want to use it more. Online casinos are already using Bitcoin and are perfectly positioned to increase its availability. Offline casinos are governed by tighter regulations, making it a longer road for Bitcoin to become widely used but a road that does exist. So, what’s the short answer to what’s the future for online and offline casinos? It’s a future that features Bitcoin in an ever-increasing way.