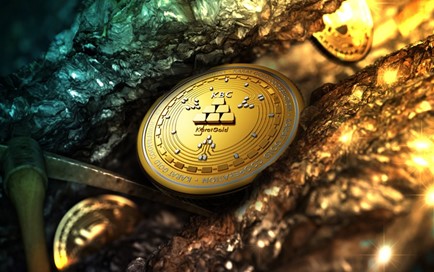 If you were to make a list of assets that a techie was likely to buy, gold would likely not make the top 10. And while gold will always have its fans, and no one who owns gold is sorry they have it, gold just isn’t a very modern asset, at least in the digital age. Heavy and cumbersome, gold must be carefully stored and transported. Once you have gold, it takes time to sell it, and it’s notoriously difficult to spend directly. Many have called Bitcoin “digital gold”, and for many this was the last they ever expected to consider gold as a practical investment in the 21st century.

And then KaratGold Coin came along. KaratGold Coin comes courtesy of Karatbars International, a company that sells. Karatbars has been selling gold in many different forms since 2011. The company is aiming to transfer gold into a practical form of money once again, even going so far as to set tiny gold bars (0.1 grams) into paper notes, which can then be stored in a wallet and used for daily exchange.

No matter how convenient a physical gold product is, however, it still can’t be spent online. This seemed like an insurmountable restriction for gold as money. In the 21st century, gold seemed like something to sew into a mattress, not use as cash. But Karatbars found a way to digitize gold that has yet to be equalled in the crypto space.

KaratGold Coin has a set value relationship with CashGold, physical bills for which they can be exchanged. The coin’s circulating supply is also backed by CashGold reserves. With CashGold Karatbars presents a gold-as-money approach, with tiny bars of gold built into physical bills (just like Dollars or Euros).As from this summer investors can exchange KBC tokens directly to pure gold, making it the first digital currency that is actually convertible to a truly valuable asset. This exchange will be made possible as part of a global Karatbars International’s promotion campaign, the Gold Independence Days, so that users can easily receive real gold in the form of CashGold at Karatbars’ own ATMs. 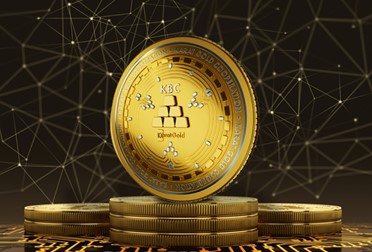 “We are working incredibly hard to ensure that starting from the Gold Independence Day on July 4th, 2019, a full-featured global gold circulation is established and from this moment on the phrase “I will pay in KBC” means “I will pay with gold”,” says Dr. Harald Seiz, founder of Karatbars International.

This isn’t where the new thinking stops. That system alone wouldn’t make gold any more useful for spending online. That’s why KaratGold Coin introduced its K-Merchant system. This is a application that lets users buy and sell KaratGold Coin for Ethereum, Bitcoin, and several fiat currencies. Integreated into WooCommerce and other e-commerce applications, users can then spend KBC through thousands of retailers around the internet. All of these features will find regular use on the IMpulse K1 Phone, a smartphone with an Ethereum blockchain operating system, that encrypts and broadcasts calls and text messages by a newly created Voice Over Blockchain Protocol (VOBP). All functions will be paid in KBC and thus creating an additional valuable utility for the coin..

KaratGold Coin is for sure a coin that every cryptocurrency investor should consider in the coming days and months.