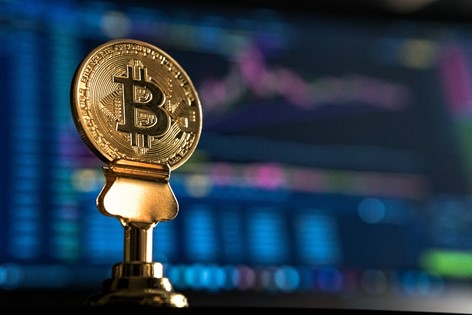 he world of cryptocurrency is something that most investors usually skirt around but do not necessarily dare cross.

However, for those who took the risk and became successful at it, this was the best decision they have ever made. Billionaires who have dabbled into the cryptocurrency industry have busted every myth surrounding this lucrative industry with their dedication to the craft and patience in harvesting growth.

Dreaming of becoming a billionaire, too? Let’s take a look at the lives of those people who succeeded in doing so:

The man at the helm of Virgin empire, is one of the billionaires who believed in cryptocurrencies and Blockchain earlier on as he joined Blockchain, the London-based bitcoin currency service provider, which has raised $40 million of fresh funding, representing one of the largest investment rounds in the financial technology sector since the UK’s vote to leave the European Union. He reportedly also invested in other Bitcoin payment solutions such as Bitpay.

Another business mogul who’s known in his traditional investments and is known to be investing in cryptocurrencies is Asia’s richest man, Li Ka-shing. The Hong Kong billionaire decided to join the list of cryptocurrency investors. In late last year, Horizon Ventures, the firm responsible for managing the private investments of Ka-shing in the technology, telecommunications and media space, were also part of the group that invested around $2.7 million in BitPay.

Cameron and Tyler Winklevoss started out as early investors in the technology and they are among the first Bitcoin billionaires in the world. After being awarded with $65 million in compensation from a legal dispute with Facebook founder, Mark Zuckerberg, they proceeded to invest in Bitcoin and this has been one of their most profitable investments yet.

As big proponents of Bitcoin, they have already amassed over $11 million position with an average cost of about $100 per coin when they started investing. As of 2017, the Winklevoss twins currently has a combined net worth of an estimated $430,000,000.

There are many successful people who thrive in the value of anonymity and Satoshi Nakamoto is certainly one of them.

As the developer of Bitcoin, author of the Bitcoin whitepaper, and creator of the cryptocurrency’s reference implementation, you would think that Satoshi would get out and claim all the glory, but he did exactly the opposite. What’s quirky about this is that the name ‘Satoshi Nakamoto’ does not pertain to either an unknown person or a group who’s behind all of this.

According to sources, Satoshi Nakamoto is valued at an estimate of 1 million Bitcoins, that totals his net worth to $2.6 billion. People have been searching far and wide for Mr. Satoshi, to no avail. Still, his genius has earned him a ton of wealth and the significance in developing the Blockchain technology.

Like Nakamoto, Richman is part of the growing number of billionaires who value their privacy. Known for his business and private investments acumen, he manages the wealth of his fellow ultra high net worth (UHNWI) clients investing in diversified investments ranging from real estate, private equities, commodities, bonds, and most recently has been rumored to have increased his holdings in cryptocurrencies as a result of the growing demand from his high-rolling clients.

Tim Draper is showing no signs of slowing down with his Bitcoin and Blockchain investors. He is always included in the bullish forecasts and it is a great sign that he comes in third place with his efforts to secure $250,000 per unit of the coin by the end of the year, 2022. It greatly helps that Tim knows his way around being a venture capitalist, and sticking with Bitcoin has worked out in his favor so far.

As the founder of the venture capital firm, Draper Fisher Jurvetson, he is the perfect example of a trailblazer with assets of at least 30,000 Bitcoins and a net worth of $1 billion.

Perhaps the only country in this list has been on a roll with anything Bitcoin nowadays. It has been said that over 213,000 Bitcoins are owned by the state, the value being big enough to cover the nation’s expenses in a snap. Don’t fret, the Bulgarian Treasure surely handles these coins in a prudent manner but so far, the whole estimate that the country gets from Bitcoin is unknown.

Bitcoin is here to stay, simple as that. As evidenced by these billionaires, one can clearly see the value of the cryptocurrency industry and how it may potentially help pave the way to new billionaires of our time. May we be able to take inspiration from these people who were bold enough to take calculated risk

Kim Goulde has 7 years of experience working as a management consultant for both small businesses and large enterprises. She currently spends her time traveling and learning what motivates people and how we can use such knowledge to improve our interactions with others and ultimately how it impacts the society. You may connect with her on Twitter.