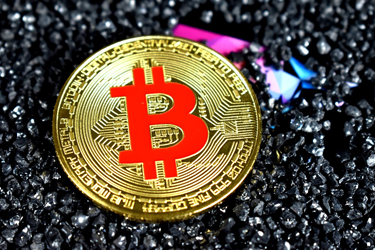 On the crypto currency market, a very strong and powerful competitor is coming. We are talking about Facebook and its Global Coin that will be talked about for a long time and many people are already ready to bet on it, as if they were on bonuscode-casino.us, given the ease of circulation given by social networks such as Instagram, Facebook itself and Whatsapp.

But what do we currently know about Global Coin? First of all, unlike the Bit Coin, it should be a stablecoin, i.e. one of those virtual currencies subject to little or no volatility. Facebook is known to launch its products after long and thorough industry studies. So it should come as no surprise that your cryptocurrency should follow in the footsteps of other proven and successful payment methods. To name just two of the many examples, the Steem Dollars used by Seetmit, precisely and the Linden Dollars already famous in the early 2000s on the legendary platform Second Life.

Not being a small community of encryption enthusiasts, but a social network frequented by billions of users worldwide, Facebook before launching their crypto currency had to endure a good deal of institutional meetings. These included those with the Governor of the Bank of England, Mark Carney and officials of the Treasury of the United States, who asked for reassurances about the introduction of anti-money laundering regulations that is the real great fear of Governments when talking about crypto currencies.

Although in Menlo Park no statements have yet been made about this, it is almost certain that Global Coin will rely on blockchain technology, given that Facebook has invested in a specialized company. But it will be a private or permissioned blockchain, in other words the social network will be the one to manage the number and spread of nodes, thus establishing the governance of the network. On the other hand, the bitcoin blockchain is going to be public, or permissionless: anyone can access it, there are no owners and it cannot be controlled by a single individual. This is a big difference.

According to what Facebook has leaked to date, GlobalCoin is expected to be released in a few dozen countries by the third quarter of 2020. In addition to the United States, Canada and the United Kingdom, India will also be among the target countries, where an experiment on WhatsApp has already allowed making payments directly through the app. The goal of Facebook, in fact, is obviously to have its users use GlobalCoin to make purchases or to send money to their friends directly on the social network.

Facebook is apparently already moving to close trade agreements with the exchanges, the online platforms where crypto currencies are exchanged. Mark Zuckerberg’s men allegedly contacted Coinbase, possibly the most used exchange in the world, and Gemini, the platform created by the Winklevoss twins. Those who have seen the movie “The Social Network”, which tells about the birth of Facebook, know very well the story of the two Winklevoss twins who accused Mark Zuckerberg of having copied his social platform from their idea. For the new project, however, both Facebook and the Winklevoss twins seemed to have buried the hatchet in order to create GlobalCoin.