Bitcoin from its inception was created to be a peer-to-peer electronic money. It emerged at the height of the 2008 financial crisis and was seemingly in reaction to the massive financial fraud that was being perpetrated by investment banks and governments. Bitcoin was proposed as a new sound money that, if successful, would force governments to stop the printing presses that underwrite the wars and a whole array of financial shady dealings.

But there are constant claims that Bitcoin is NOT money. Those claims fall into three broad categories:

All three of these criticisms are both true and untrue of Bitcoin.

The basis of Bitcoin’s value

Any type of money derives its value from one thing and one thing only: that people think and act like it has value. Shells, cigarettes, large doughnut shaped stones, glass beads, and salt have all been used as money at one point or another. They retain their value as long as they are scarce enough for people to continue transacting with them, and as soon as they become abundant or easy to produce, they lose their value as money. At the time of writing, Bitcoin has a speculative value of around 3,500 dollars per unit. To say that it doesn’t have value is an untrue statement as it does have value, just as gold, silver, and myriad other commodities, both practically useful and not, have. It derives its value from people thinking that it has value.

Now, of course, Bitcoin could go to zero. No question. A fatal bug, a different coin that tremendously surpasses Bitcoin’s feature set, or some other event could make people suddenly decide it has no value. But the longer Bitcoin survives, and it exists in a highly adversarial world with institutions that are actively trying to kill it, the more likely it will continue to survive.

Bitcoin’s legitimacy is given by math

Initially money was not printed by governments, but rather by banks and people their own reputation on redeeming the value of the currency. For a while, the world currencies were underwritten by gold, limiting governments in the amount of money they could print. It was WWI and WWII that drove governments off the gold standard as fighting such vast wars meant they needed more money than they had gold. It was going off the gold standard that allowed the carnage of those two wars – which would have ended much sooner and much less bloodily if governments could only fight to the extent that they had gold in their coffers.

Bitcoin does not have any government or ruling body that gives it legitimacy. Its legitimacy comes from the fact that its code and rules are open for everyone to understand, and it works programmatically – so no one can cheat the system. You can’t counterfeit a Bitcoin, for example. That doesn’t mean that Bitcoin can’t be stolen or lost – just like cash – but only that no one can make Bitcoin do what it was not designed to do (at least without massive consensus). Attempts have been made to make Bitcoin do other things, but those always result in ‘forks’ or other versions of Bitcoin, that have so far not proven as viable as the original.

Bitcoin does not need a government or an army to back it up as it self-enforces its own rules.

One of the biggest criticisms lodged against Bitcoin is that it isn’t money because its value swings so that no one can really know what they are getting. As someone who accepts Bitcoin and other tokens as payment, this is something that I have personal experience with, and something that I accept as being a Bitcoin pioneer.

When that happens, you will start to see people using Bitcoin peer-to-peer without thought the same way they now exchange dollars. But first Bitcoin must go through its current phase as a speculative currency – it’s the only way I can grow enough to fulfill that role.

Therefore, when critics say that Bitcoin is too volatile to be a currency, I always feel a bit of irritation. Wait, I think. We’re not there yet.

One extra: The Lightning Network

For Bitcoin to really succeed, we can’t also forget that it wasn’t perfect when it was created and has been developed over the last decade by hordes of mostly volunteer programmers. And just like the USD has lots of systems built on top, like credit cards and PayPal, to make it easier t transact, so Bitcoin will also need additional layers.

Right now, the Lightning Network is being built to make Bitcoin easier, faster, cheaper, to transact. And while that is being done, I keep running into articles claiming that the Lightning Network can’t handle 7 billion people, or trillions of dollars, or its UX is not easy enough … Again. Wait. I personally use the Lightning Network, which is only about a year old in practice, and I can’t wait for mainstream stores to start accepting via Lightning.

If you like this article and would like to donate via the Lightning Network, please send a few thousand satoshis to: 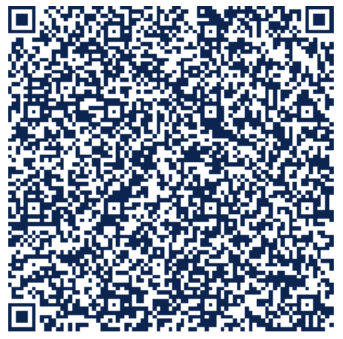