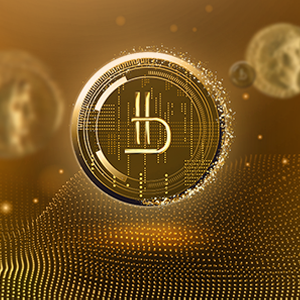 In order to estimate the value of money, it is important to realize the meaning of the concept “money” and its main intended use.

The history of money…

“Moneta” is a Latin word for coins, which later transformed into what we know today in English as “money”.

The emergence of coins had to do with development of the financial system and establishment of rules for exchange and sale of goods. In the 4th millennium B.C., a gold bar of a certain weight was the monetary unit, which determined political authority of ancient Egypt and was a standard of value there. This fact allows us to talk about money as a state institution. It is an accounting unit and a financial instrument for encouraging and controlling people within the state.

The first minted coins emerged in the 7th century B.C., and “free coinage” became commonplace in England already in the 11th century B.C. Gold and silver coins were made at the mint, and everyone could bring a gold or silver bar and receive a minted penny in return for a certain fee. The Crown ensured the demand for pennies by making it an accounting unit as well as means of tax collection, and people had to save or mint pennies. In 1964, the first Central Bank was established in England. In 1965, the Bank of England started printing money on a regular basis.

References to the first paper money date back to the 1st millennium B.C. The savvy Chinese quickly saw the advantages of storing savings in a bank by obtaining a special document specifying the amount of money for which a certificate was issued.

The Knights Templar, which eventually became the largest creditor in Europe, offered to exchange gold and silver coins for cheques that contained the amount of money and the investor’s fingerprint. The Knights Templar guaranteed not only protection against theft, but also transfer of funds to legal heirs.

The following functions of money were defined along with its emergence:

The existing financial system gave rise to such kinds of activity as usury and banking. While managing capital (storage and payment of funds, provision of loans and credits), bankers had a certain influence on the value of money.

There were instances in the history of money, when one could buy a mansion for only a tulip bulb. This phenomenon took place in 1636–1637 and was called “Tulipmania” (the Netherlands). Historians also describe it as the first “financial bubble”.

At the beginning of the 19th century, a “financial bubble” burst at the London Stock Exchange. The industry was actively being developed, banks reduced their interest rates by making previously promising government bonds extremely unprofitable. People invested their money into shares of railway companies, which later came to be known as the “Railway Mania” — the biggest catastrophe in the history of capitalism. Great Britain obtained a railway system at the price of investors’ loss of savings, many of whom lost everything.

Money in the modern world…

Globalization and the emergence of new digital technologies caused a rapid development of the global economy and elimination of geographical and temporal boundaries for business activities. The modern financial system is still based on money. In the developed market economy, personal funds of citizens represent 70% of GDP out of the entire money turnover.

Gold standard for paper money stayed in the past. Richard Nixon, President of the United States of America, officially took the dollar off the gold standard in 1971. From that moment on, the history of fiat money and flexible currency exchange rate began. The intrinsic value of paper money was determined by the state and remained the only legal means of payment. Fiat money is always based on trust and citizens’ willingness to use it as payment for services and goods.

What influences the value of money?

It is important for money to be not just a medium of exchange, but also a stable means of payment that can preserve its value, which depends on the extent to which users perceive this currency to be the best exchange unit.

The value of fiat money is not fixed, according to the theory “Time Value of Money”, its future price will always be higher than its current price. Imagine that you want to acquire real estate and today it costs, for example, 100,000 USD, then next year, its price will increase by at least 10–15%. Storing savings “under the mattress” leads to their devaluation, you can multiply your capital by investing money in promising projects or receiving dividends from investments in banks.

The value of fiat money is backed by means of:

Paper money does not have the intrinsic value, its value lies in its recognition by the state as a legal means of payment, in particular as a means of tax payment.

Today, great importance is given to the issue of the social value of money, which is formed by the idea “Money is wealth, power and independence”.

Evolution of forms of money…

With the development of technologies, the adaptation to new conditions of financial system and its main instrument — currency notes (banknotes and coins) is taking place. A large part of the state budget is allocated to the issue of new banknotes and mintage of coins with different nominal value. In order to reduce such costs, state financial institutions around the world actively carry out activities aimed at reducing the amount of money in circulation by conducting non-cash settlements. In return for paper money, the owners of plastic bank cards receive its electronic analogue.

The history of electronic money dates back to 1993, it was the year when Central Banks of the European Union published data based on the results of the analysis regarding prepaid bank cards.

Electronic money represents an electronic record of executed transactions with fiat (paper) money; it can be transferred from one account to another. This electronic record implies a certain guarantee that a bank has to give paper money back to the cardholder upon his/her first request. Electronic money, like fiat money, is subject to inflation and emission. The advantage of such a financial instrument lies in reducing costs spent on it.

In Ukraine, electronic money is issued by banks, funds are tied to a certain payment system and issued in hryvnias only.

An opportunity to carry out non-cash settlements led to the simplification of trading operations, emergence of electronic commerce and online trading. Already now, more than 1,700 FinTech companies are represented in the field related to carrying out online payments. Electronic payment system is actively developing, PayPal and Webmoney Transfer are the first (1998) and the most popular non-bank payment systems. The number of online payment systems, as well as offers to pay for certain goods and services by electronic transfers, increases every year. Registration of a web wallet is not just a need of an average citizen, it is becoming commonplace.

The concept of electronic money expands with the emergence of new services, which allows conducting non-cash financial operations of various complexity.

Electronic money can be based on:

In the first case, in order to receive money on the bank card, paper money should be credited to the bank account or transferred to your bank card by means of a payment terminal. You could say that electronic money is another form of fiat money.

Digital money based on the Blockchain technology is issued within the system in limited quantities, it is not tied to a certain currency of any state and does not have a physical equivalent. It is possible to obtain crypto currency through mining, its value increases along with the number of people who use coins as a means of payment or an investment instrument.

Money in the future world…

Digital money and payment systems have become an important part of our everyday life; more and more often people pay for goods and services using the Internet and mobile apps. Electronic commerce will continue to actively develop in the future as well.

In 2018, the issue of digital investments remained relevant and confirmed the view of the world crypto experts — the future of financial systems belongs to digital currencies and platform economy. 2019 promises to be an eventful year in terms of the development of crypto currency exchanges and their legalization by the public authorities. According to Gary Gensler, former top manager of the investment bank Goldman Sachs, in 2019, some crypto currency exchanges will be registered in the USA as broker-dealers, who follow the rules of automatic transfer of funds.

As for fiat money, the world Central Banks are actively studying particular aspects of the application of Blockchain and crypto currencies for their official use. Good examples are Canadian “Jasper” and Singaporean “Ubin”, projects that review and evaluate the possibilities of the Blockchain use in order to update the current payment systems. The further evolution of paper money to its digital analogues is a key direction of development of the economy for the next few years.

Decentralization of the digital form of money can change the global financial market. Blockchain technologies, which are the basis of crypto currency functioning, have much greater functional capabilities than just a financial instrument for purchasing and selling items. Investment process moved to a new level of its development due to the use of crypto currencies. Smart contracts are computer algorithms, performed in the Blockchain environment, which allow concluding and conducting transactions without intermediaries (banks, financial institutions and public authorities) because they ensure the fulfillment of obligations specified in the agreement.

Digital money has not only properties of an accounting unit, but also of an information element. For example, Bitbon is a financial instrument of the Bitbon System digital platform based on the Blockchain technology. Bitbon is backed by a certain part of property rights to assets due to the main properties of crypto currencies: universality, extendibility and anonymity. The Bitbon price will grow along with the property value (bank deposits, real estate, vehicles, securities, etc.). Bitbon is promising and attractive for investments because it is backed by real assets.

The increased interest to the Blockchain technology and digital type of investment, shown not only by private investors, but also by representatives of several European states, confirms the irreversible evolution of the traditional economic system to its digitalization. The Bitbon System and its financial instrument — Bitbon —  is a well-developed technological model, which can become a prototype of a future digital economy.