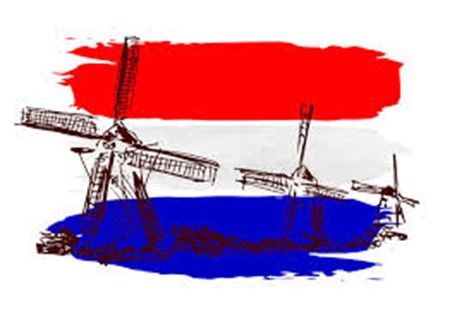 The Bitcoin market has been undergoing rapid development in the Netherlands and Europe at large. Even though Bitcoin volatile in nature, it keeps growing in leaps and bounds. This has changed the perspective of countless people regarding the common misconceptions surrounding crypto investment.

Many experts predicted that it’s only a matter of time before Bitcoin will sink into oblivion when it was introduced around 10 years ago. However, despite the extreme volatility in the market, Bitcoin as a technology proved itself antifragile. There is a high possibility that it will be more stable in the nearest future as this new capital market grows. Now, many analyst, even among JP Morgan, see Bitcoin as a new digital asset class on par with gold in the future.

The Netherlands is among the top countries that maximize new technologies like blockchain and Bitcoin. In fact, the government has a soft spot for cryptocurrency and made it known that it won’t be banned. This is partly due to the fact that it has the ability to unlock great potentials.

Buying Bitcoin from brokers is unarguably the most convenient means of getting it. This option eliminates the hassles of security and time loss. You only need to invest an amount and your brokers will handle the rest. Nevertheless, you will be charged for hiring their services. Good examples are: BTCdirect, Satos, Bitonic, BitRush, Bitmymoney, Bitcoinmeester, Anycoin, Litebit, Coinmerce etc.

Bitcoin exchange is the perfect and cost-effective choice for users who have long-term trading plans. Users have the opportunity to either buy Bitcoin via a Dutch Bitcoin exchange (Bitvavo, BL3P etc.). You can purchase euro Bitcoin once you deposit money directly into your account with iDEAL. A significant percentage of the Dutch exchanges come with a Bitcoin wallet. On the other hand, an abroad exchange transaction is usually carried out via a regular SEPA bank transfer. This can be done immediately. Asides that, users can trade Bitcoin internationally as long as their wallet support converting Bitcoin to Dollars.

It’s advisable to compare as many exchange accounts as possible. This will enable you to know the pros and cons of each option. Make sure that you do your due diligence before choosing any Bitcoin exchange. Although it’s possible to buy Bitcoin with your debit or credit card, it’s a costly option. BTCdirect has the best exchange rate if you want to buy Bitcoin with a credit card.

Here are other means of getting Bitcoin apart from the options mentioned above. Certain Dutch companies allow users to buy Bitcoins as vouchers for themselves and their friends. You can take advantage of this method and get Bitcoin in your wallet with help of vouchers.

Performing transactions with Bitcoin is no longer a strange concept in the Netherlands and other parts of the world. It can be used to buy a product or subscribe to a service online. It’s now a payment option that has already found its way into many brick-and-mortar stores. In view of this, consider requesting payment in Bitcoin. You don’t have to set up a separate account for accepting Bitcoin payments. Amsterdam has become an European magnet for Bitcoin business and the Dutch city of Arnhem is know for it’s active Bitcoin adoption.

It’s not surprising that many Asians have developed a keen interest in Bitcoin unlike before. Truth be told, Bitcoin isn’t a get-rich-quick scheme. It is a new asset class, a new kind of programmable money, a distributed financial system and a peer to peer network under development. This is the reason why you should only invest funds you can afford to lose. It doesn’t matter whether you’re interested in short or long term trading. It’s risky to delve into it without gathering enough information. Learn as much as you can about Bitcoin and money in general. Taking this approach which will help to make well-informed decisions.