The “Yelp! Of Blockchain” has announced that its ICO date will be on Sept. 1st, 2018 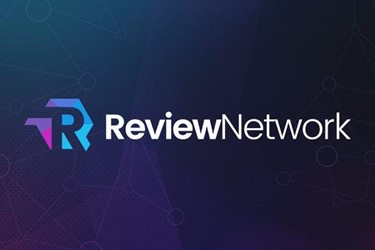 BELGRADE, SERBIA (Aug. 14th, 2018) – Review.Network is a blockchain startup which aims to improve the way reviewing and market research is done. Today, the company made the announcement that it succeeded in receiving a consistent funding of $1.4 million (USD) from seed investors. The funds, which were provided in part by private investors, will be allocated to paying further distributed to finance the team and the further developments needed for the platform.

Also referred to as the “Yelp! Of Blockchain,” the platform has gathered 100,000 beta users and is supported by a team of experts in fields such as IT, academia and financing. The company also revealed to the public that it will start the Initial Coin Offering (ICO) on the date of Sept. 1st, 2018.

“Worldwide, consumers often form opinions and make decisions — like where to eat, sleep, drink, play and even work — based on online reviews,” noted Review Network CEO and Co-Founder, Filip Karaicic.

The CEO also emphasizes that the current issues which the review industry is facing today are efficacy and transparency. According to reports and data, it has been concluded that customers are more likely to review a product or service when there was a negative experience, signifying that there is a lack of an accurate depiction of all experiences. This situation is not helped by the fact that there are also many who give fake reviews.

But Karaicic believes that by employing a distributed ledger and AI [artificial intelligence] technologies, he and his team have found a way through which they can incentivize reviews and ensure their truthfulness.

“We also figured out a way to allow brands to tap into our validated reviewer base for market research. This funding, which we’re thrilled to announce, validates our approach and will help us develop this event even faster,” said Karaicic.

The whitepaper of the Review.Network project thoroughly explains that their platform was created to increase the effectiveness and transparency of the reviewing industry by implementing two strategies. Firstly, a well-planned token economics structure will give out monetary incentives to those that make contributions that will beneficially aid the community and reprimands those who do the contrary.

Secondly, the platform will use a decentralized consensus system which allows the community to regulate itself. This way, when a review is written by a user, it will then be verified and validated by appointed community members (the members can be chosen at random, by blind auction, by reputation or by the amount of stake they have in the system).

The network will also offer companies a direct way through which they can communicate with users that review their products and services, in this way ensuring unbiased and accurate market research. The platform, which will have appliances in various industries (restaurants, hotels, etc.) will be first released in Beta mode in Q4 of 2018. In its Beta version phase, the platform will be available to 100,000 users.

Review.Network employs a team of experts which is made up of 30 qualified individuals, including Robert Golladay- former head of digital business automation business at IBM in Europe; Reinhard Fellmann, Ph.D.- a former investment banker at Morgan Stanley and London School of Economics and Political Science lecturer; and Ivan Bjelajac- a former GoDaddy Director (EU).

While momentarily still in its presale phase, the company established the official ICO date on Sept. 1st, 2018. The company is also discussing with major exchanges in the crypto sphere for future listings. The list includes the following platforms: Bitfinex, Bittrex, Bibox, Bcex, Cryptopia, OKEx, Huobi, Kraken, Poloniex, and hitBTC.

Review.Network serves as a platform which facilitates the direct interaction between companies and consumers, thus changing how companies conduct their market research strategies.

Rewards will be given to a very segmented and targeted user community to incentivize them to reply to surveys and review products and services. This reward system will be responsible for producing a social network with gives valuable responses and supply companies with impartial and valuable data on their main demographic.