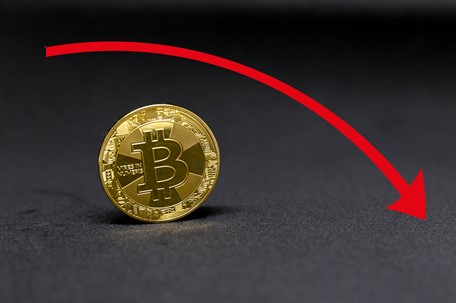 Dan Morehead, having been in the cryptocurrency market for a while, is one of the experts to keep a hold on when the markets get topsy turvy. He definitely has the expertise, given that he is the founder of the first hedge fund to be formed in the US based on crypto currencies. He spoke to CNBC recently of the bearish attitude that the market has taken on recently. He stated that he had a simple message for the investors in bitcoin – which the decline that is being seen in this market need not lead to overreactions. There has already been a 67 percent fall, but that is not new to this market.

He stated that the main focus point should not be lost. This is a venture in early stages and price feed is real time, which is unique, but also leads to a lot of ups and downs. People get excited and push up or withdraw suddenly which leads to erratic price movements in neo price chart.

There has been a precipitous decline in the price of bitcoin in the past weeks, which analysts contribute to several security and institutional investors joining the bitcoin market. The US SEC is getting involved in this market as well and their decisions such as likelihood to approving an ETF in bitcoin while declining the latest bid of the Winklevoss twins have a part to play in the market sentiment. There are also several rulings delayed on several bitcoin funds by the SEC and these have contributed to the fall in Bitcoin’s price value.

Morehead stated that the SEC’s hesitancy to approve the ETF of bitcoin should not be taken as any major source of disappointment. Instead, investors should be ready to wait and that should be for a long time if they wish to see these approvals working out as it should in a regulated framework. ETF approval would take some time; copper is the last asset category to be approved and this is a metal that has been here for 10,000 years. ETF rejection has been one of the ways SEC works as they are cautious about ETFs.

The SEC and its reluctance in approving the ETF trade in bitcoin might have investors wallowing, but such a move would help to make crypto currency concretized and recognized as an asset class in the mainstream. Investors should realize that the largest operator of stock exchange in the world is about to launch a subsidiary that is crypto focused. There has been considerable progress made such as Intercontinental Exchange and Bakkt in partnership with Starbucks and Microsoft are looking to take crypto assets in the mainstream. Bakkt would also offer a bitcoin futures product to institutional investors. This would also provide a custodian for this regulated crypto currency.

Morehead states that this is important news and huge as it would have a profound impact on the markets in the coming years. All investors should focus on a time span of five to ten years to see a stable trend emerge in this market.