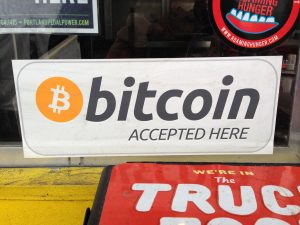 The world’s most famous cryptocurrency, Bitcoin, has generated interest in alternative currencies around the world. Since it’s release in 2009, Bitcoin has created space for transactions to take place without the presence of an intermediary and is the world’s first decentralized currently. Rather than being stored in a centralized bank, Bitcoin’s movement is recorded in a public ledger known as blockchain, which adds an element of security to the process.

Over the years there have been various debates about whether or not investing in Bitcoin is worth it. Yet, in May of this year, the price of Bitcoin reached an all-time high causing more businesses, investors and technology enthusiasts to turn their attention towards the digital currency.

For businesses that are interested in adopting digital currencies, here are 5 startups from around the world that specialize in cryptocurrencies that will help you stay up to date on the future of industry.

This Singapore-based company will help you register your company on Blockchain, in addition to being registered offline as well. In short, digital transfers will also be monitored physically. This gives businesses owners more autonomy without losing security, as they will have the option to make use of the digital wallet and peer to peer transactions, which is carefully tracked by Otonomos. Comprised of a founding team from a Wall Street background and Blockchain architects, the innovative platform attempts to decentralize industry much in the same way that Bitcoin has transformed banking.

Digital currencies aren’t just for the technology enthusiasts these days. There are many companies that are looking to integrate cryptocurrencies into their financial models, usually in combination with physical currency. BitGo helps business go through the integration process, providing their multi-signature technology, in addition to functional payment platforms. BinGo’s aim to is to create a harmonious relationship between mainstream financial management and cryptocurrency.

Pioneers on the Internet of Value (IoV), this up and coming company is paving the way for banks to make direct transactions, which are both instantaneous and secure. By partnering with financial institutions around the world, Ripple is helping to promote borderless transactions and the global professional network. Having been picked up by big name investors such as Santander and Google Ventures, Ripple is making strides when it comes to helping financial institutions lower their operational and risk management costs.

Founded in 2013, ColoredCoins is one of the most active digital currency ecosystems on the market today. Understanding that blockchain will change the way individuals manage personal finances in addition to changing the way we do business, ColoredCoins is working on creating a fully-developed agnostic framework for digital currencies that will be applied to the more traditional world of finance.

Specializing in blockchain based cloud storage, Storj is making moves to make sure that peer to peer transactions are safe and secure in an increasingly decentralized world. While cloud storage becomes more popular, the risk of attack, data loss, and privacy concerns become more prevalent. These concerns have created space for companies like Storj to step in and work their magic. Encrypted from end to end, Storj’s platform aims to give users of all kinds more control over their own data.

Cryptocurrencies have come a long way since its first Bitcoin transaction was made on May 22, 2010, when programmer Laszlo Hanyecz purchased two pizzas with digital dollars in Jacksonville, Florida. With businesses setting up Bitcoin atms and banks adopting blockchain technology, it’s becoming obvious that cryptocurrencies aren’t going anywhere.

For companies looking to adopt a decentralized business model, it’s worth consulting a financial expert in your industry to that will help you learn how to grow by catering to a rapidly developing digital world.