The internet is overwhelmed with articles explaining the Hard fork and the scenarios that could possibly occur with Bitcoin and its holders. Now that the first cryptocurrency has 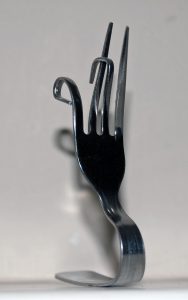 forked, you can barely find any information regarding the results of such a crucial moment. In this article, we will discuss the aftermath of this historical event, how it has affected Bitcoin and the community around it, and what this means for a casual user.

What is Bitcoin Hard fork?

We’ll start in due order, but first – a short story for those not in the know. Bitcoin network was finding it hard to manage all the transactions in it. The demand for an upgrade turned unavoidable. But there was an issue – who will take the responsibility to make an upgrade if Bitcoin doesn’t belong to anyone specifically? Eventually, everyone agreed with the one solution – SegWit. But there’s always something, isn’t there? This ‘something’ was a group of Chinese miners who decided to make their own “upgrade”. They had enough hashpower to provide it. And they did… So, on August 1st Bitcoin blockchain split, turning in two: Bitcoin blockchain and the one of Bitcoin Cash. This is what we call Hard fork – a split in the blockchain. It is not the first-ever, Ethereum also had one. But the fact that this happened to Bitcoin – the premier of all cryptocurrency has added a lot of hype around it.

What is Bitcoin Cash?

Is it an Altcoin, a second Bitcoin, or a new one? It is hard to give Bitcoin Cash a clear definition. It is a forked Bitcoin, that’s the only thing we know for sure. Regarding the matter of trading, you can think about Bitcoin Cash as another cryptocurrency with its own price and ticker (it is either BCH, or BCC, while Bitcoin is BTC).

Basing on current tendencies, Bitcoin Cash will very unlikely become an upgraded Bitcoin to the whole community. It’s just a new coin. And only  time on the market will show how competitive it is against Bitcoin and all the Altcoins.

What could’ve happened after the Hard fork?

It sounds strange. Why do you need to know what could’ve happened if it already has? Why not discuss the aftermath? We will, but you must first know the difference between speculations and the factual event.

Hard fork is a chain split. What should happen with your coins then? You’ll never guess, a coin split. To give an example is the best way to describe: If one had 0,3 BTC before the hard fork, once it occurred he should be given an opportunity to get the same amount of coins in the new Bitcoin Cash blockchain. So, he would hold 0,3 BTC and 0,3 BCH.

It was anticipated that the split in the blockchain will make Bitcoin exchange rate decrease at least twice. At one point, this presumption had compromised some trust in Bitcoin, making some people sell their coins. Surprisingly, just days before the hard fork Bitcoin exchange rate was quite stable as if nothing was about to happen. Still, people were prepared for the worst…

What has actually happened?

August 1st passed and the chain split. Block number 478558 was the one after which an alternative blockchain of Bitcoin Cash appeared.

As it was said, people were prepared for the worst, although it didn’t happen. Bitcoin price was not only stable. Within days, it has shown a significant upward trend and set a new record of $4,500. Now the price is settling and 1BTC is $4200 (on CEX.IO, August 21st).

Bitcoin Cash became a cryptocurrency with the “fastest” market capitalization of all time, which is more than $11 billion by now. However, the price is very volatile. It has started from a point of about $700 (as for futures), after which it has immediately fallen to less than $300. So far, the price of Bitcoin Cash is going up and down in the interval of $300 to $800.

As promised, every Bitcoin holder was given an opportunity to split his coins. Although it didn’t happen automatically, you could either do it yourself using some step-by-step guides, or hold your Bitcoins in a wallet or an exchange that takes the responsibility to split the coins. For instance, the users of CEX.IO – the London-based cryptocurrency exchange, were provided with their additional coins without any need to do it themselves, the exchange freely split all the coins of its users.

Considering the fact that Bitcoin didn’t decrease twice its price and Bitcoin Cash is more than $500, you may think that coin split is somewhat free money. Well, it is free money for you, but it did not appear out of nowhere. The thing is that the launch of an alternative Bitcoin is not a piece of cake. Those who did that had enough resources to provide a quick reaction of exchanges, large market capitalization and many other factors that made it possible for the new coin to survive in the market. So, indirectly these resources are your “free money”.

What this means for a casual user?

Before August 1st the number one goal for a regular Bitcoin holder was to make sure that his coins are split. Everyone felt uncertain on how it would end up. In reality, it turned out that the devil is not so black as he is painted and everything goes on as usual. The new coin on the market is the only difference.

Most of major exchanges such as CEX.IO have already launched Bitcoin Cash trading for Bitcoin and other fiat currencies. Due to high volatility of Bitcoin Cash and a tremendous rise of Bitcoin price, the craze on the market and among the traders has reached enormous heights. Although the fact that the forked Bitcoin is less than one month old makes some trouble. The lack of depositing and withdrawing options for your Bitcoin Cash funds in most exchanges is one of them. The good news is that CEX.IO has just given this opportunity to its users. So, now you can use the full pack of services from trading Bitcoin Cash to depositing or withdrawing it.

It’s hard to make an accurate forecast whether Bitcoin Cash goes ahead or not; whether it becomes a new Bitcoin or just another altcoin. However, such a prompt reaction of the community makes many ponder that Bitcoin Cash has a chance to achieve  certain success on the market. While our goal is to make profit out of it, no matter if it’s a success or a failure.