Mt. Gox. It’s an unlikely name for the crypto-currency exchange that once dominated the Bitcoin trading space and once boasted of handling 80% of bitcoin trades before dropping down to its current third place.

It became so popular that in 2009 an out-of-work developer set up a website to trade cards for the game, calling it Magic: The Gathering Online Exchange (Mt. Gox). In 2011 the site was sold to Tribanne Ltd. and operations were taken over by a programmer named Mark Karpeles who currently runs the exchange. 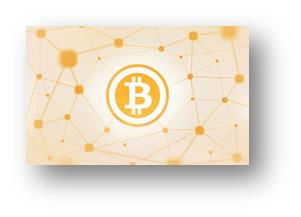 Karpeles shifted the site from trading game cards to trading a just-gaining-steam Bitcoin. As one of the few exchanges on the scene, the site gained popularity, and when the site was hacked early in 2011, Karpeles garnered a tremendous about of good will from the crypto-currency community by making good on his debts.


Unfortunately, that good will has not lasted. In 2013, the site has had a series of technical and legal difficulties:

Early in the year, Mt. Gox had withdrawals being handled through the payment service Dwolla suspended. After much wrangling, Mt. Gox was able to recover funds put in limbo. It took three months for all of the monies to be returned.

Mt. Gox has, in an astonishingly short amount of time, gone from being the 800 pound gorilla to an also-ran of Bitcoin exchanges. It’s not at all uncommon to hear Bitcoin enthusiasts opine that Mt. Gox should just go belly-up already since they don’t seem to be doing anything good for the Bitcoin community anymore. That being said, the exchange still boasts a massive amount of trading and many, even reluctantly, will quote the Mt. Gox price as the definitive price for Bitcoin. It’s not time to count the exchange out yet, but it also doesn’t look like Mt. Gox has got that much magic left.