As of now, Bitcoin is trading near the $22K price range, having recently passed its all-time high of $68.8K. It’s currently trading at around $22K.

Due to the invasion of new coins in the market that are environmental and electricity friendly, BTC dominance has dropped to new lows, because the number of cryptocurrencies has gone high and therefore Bitcoin is facing a stiff competition 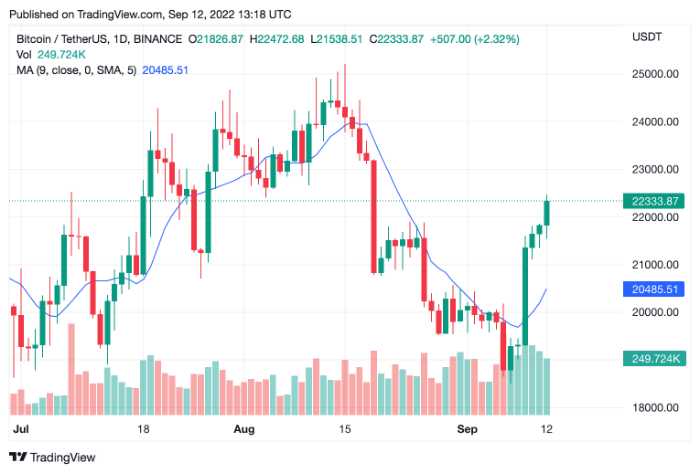 Bitcoin is under fire for the amount of energy its Proof-of-Work consensus mechanism requires. Ethereum, which was using that same method, is in the process of shifting to a more environmentally friendly Proof-of-stake system that will take place in 2 days to come

According to a tweet by Justin bons, he is a firm believer that Bitcoin is not going to be the one coin to rule them all and that we are in a market where many digital assets will find their own place and use cases. He values the ideas of censorship resistance and decentralization more highly regarded.

Ethereum, the Bitcoin competitor is preparing to make a big shift from its current proof-of-work consensus algorithm to a new proof-of-stake system. The move is designed to make Ethereum more environmentally friendly, but it could have significant implications for the cryptocurrency market as a whole.

The success of ETH Merge to spur other Cryptocurrencies

If successful, Ethereum’s switch to proof-of-stake could spur other major cryptocurrencies to do the same, further eroding Bitcoin’s dominance of the market.

This would be a positive development for the cryptocurrency market as a whole, as it would increase competition and lead to more innovation. It could also lead to lower prices for Bitcoin, as demand for the coin declines.