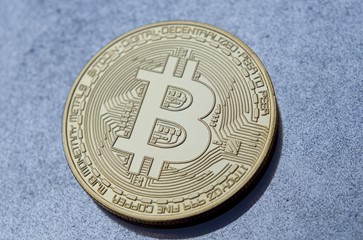 Benfica, the historical Portuguese soccer team widely respected all around Europe, is also going to enter the world of cryptocurrencies. The club has in fact formed an alliance with the payment platform UTRUST that will allow fans from around the world, perhaps even those who visit the portal uscasinobonuscode, to pay for club merchandise in crypto currencies.

It is really the first initiative of its kind in the world of football worldwide and it will certainly be a pioneer in the field, bearing in mind that Benfica, with 14 million fans, has always been one of the leading clubs in Europe and certainly one of those with the most loyal fans to the team.

Behind the choice of Benfica to collaborate with UTRUST in order to accept payments in crypto currencies, there seems to be a willingness by the sports club to facilitate the fans, who had already expressed their views in this regard through some surveys. “Many of our fans are first and foremost digital users,” said Domingos Soares de Oliveira, president of Benfica, “we want to be the first to adopt the newest technologies. We are very excited about the possibilities that this partnership with UTRUST offers us in the evolution of our e-commerce strategy and we look forward to accepting our first payment in crypto currency,” he added at the end.

UTRUST co-founder and CEO Nuno Correia said: “This partnership with Portugal’s number one football club marks an important milestone for UTRUST and the blockchain ecosystem as a whole. Benfica is definitely one of the largest sports clubs in the world and we are delighted to make crypto currency payments possible for its 14 million supporters around the world.

For the time being, the official website of Benfica will accept
Bitcoin, Ethereum and also the UTRUST token, an internal token used for payments on the UTRUST platform. At the moment, it is not possible to pay with other types of cryptocurrencies, nevertheless should UTRUST expand its basket of accepted cryptocurrencies, these will also be used automatically to purchase products in the store of the Portuguese team.

We would also like to remind you that Benfica is the most important sports club in Portugal. It is based in the area of Sao Domingos de Benfica, from which it takes its name. In the course of its history it has won 2 Champions’ Cups (what is now called the Champions League) and it is, together with Porto, the most titled team in Portuguese sport.

Currently the most promising and famous player of the roster is undoubtedly João Félix Sequeira, known simply as João Félix. Born in Viseu on November 10, 1999, he is a very young striker who has already joined both the under 21 national team and the major one. The main European teams have set their eyes on him on him, even if his destination seems already decided. According to the latest news, in fact, Manchester City
led by coach Pep Guardiola is supposedly ready to buy him by paying the whole rescission clause, which has been set at as much as 120 million euros. It would certainly be a record for a player in his twenties.