We are all familiar with the feeling you get when you open the door to the ‘junk closet.’

Usually the response is to close the door again as quickly as possible to avoid having t deal with junk amassed over decades. But the saying goes, one man’s junk is another man’s treasure. Listia is a company that for nearly 10 years has been helping people get rid of their accumulated junk and get things they really want or need.

One feature that may interest the crypto-curious is that from the very start Listia was using its own credit system rather than fiat. Developments over the last ten years have allowed Listia start work shifting their internal credit system to a fully-functional crypto token, Ink (XNK).

We were fortunate enough to get some questions answered by Listia Co-founder Gee Chuang.

Please tell us your name and about yourself? 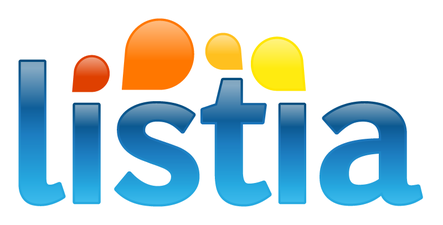 Hi! My name is Gee Chuang, and I am the co-founder and CEO of Listia and Ink Protocol. After working as an engineer in the tech industry and building a successful online marketing business, my co-founder James and I founded Listia in 2009 as a result of our frustration with antiquated peer-to-peer (P2P) marketplaces. Since its launch, Listia has amassed ten million members, and inspired our team to create Ink Protocol, a decentralized reputation and payment system that allows sellers to easily sell on any marketplace platform. Before moving out to Silicon Valley, I studied electrical engineering at Cornell University, where I earned my bachelor’s and master’s degrees.

How did you come up with the idea for Listia?

The idea for Listia actually started over lunch in 2009 with my college buddy James! He was telling me about his frustration over trying to sell or give away a pair of snowboarding boots he wasn’t using anymore. He first tried listing them on eBay, but no one bid on his auction. He eventually listed them for free on Craigslist and chose one of the 20 respondents to give them to. But the guy was a no-show and James was left with the boots and a lot of wasted time.

After that conversation, we started thinking of ways to make the whole process easier. The initial idea for Listia was all about giving away things you didn’t need anymore, and not really about buying and selling. The main focus of the app was to be a marketplace that was really light and easy. Just snap a photo and give something away to someone around you. Over the years, our trading and credit system matured and today we are the easiest to use and top cryptocurrency based p2p marketplace, with over 100 million items traded to date.

How long has Listia been in existence/how many members use the platform?

Listia was founded in 2009 and has over ten million registered users who have exchanged over 100 million items since launch.

Can you please explain Ink Protocol and Ink Pay? What are the technologies behind these entities?

After running Listia for many years, we realized that almost all of the problems we were solving could actually be generalized across all types of marketplaces. So, building on our years of marketplace experience and learning from over 100 million items traded on Listia, we built a blockchain-based transaction system that can be used on any marketplace, called Ink Protocol.

Ink Protocol provides all of the most important marketplace features such as escrow, dispute resolution, and most importantly, a transferable, public reputation system. Imagine taking your hard-earned feedback from eBay or Etsy and using it to sell on other marketplaces such as Craigslist or Facebook Marketplace. Ink Protocol’s reputation system, which is built as a series of smart contracts on the Ethereum blockchain, makes this possible.

We firmly believe that self-sovereign reputation (the idea that an individual can maintain full authority over its own reputation) will completely change the way we buy and sell with each other online.

Ink Pay is a marketplace payments app built on top of Ink Protocol that allows users to make full use of the technology to buy and sell on any platform or marketplace, while earning transferable reputation. It is also a reputation viewer that lets users browse through the transaction history and feedback of any other user via their Ethereum address or QR code. With the Ink Pay app, you can buy, sell and earn transferable feedback on any marketplace, such as Craigslist, Facebook Marketplace, OLX and more. Our vision is to bring blockchain and Ethereum technology to the mainstream by helping people use it in everyday situations.

How is Ink Protocol integrated with Listia? 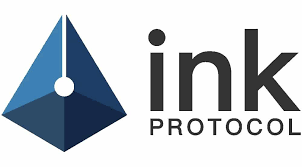 The most exciting aspect of the Ink Protocol project is that Ink is already live on the Listia marketplace with over three million items listed already. Ink Protocol’s XNK token is now the primary currency on Listia, replacing our original credit system, and users can buy and sell all kinds of goods using XNK exclusively. As you earn XNK, you can also transfer and use it outside of Listia on any peer-to-peer transaction using our Ink Pay app. We believe it is one of the largest deployments and best real use cases for the blockchain in  our normal day to day lives.

Can you explain why decentralized reputation means and why it’s important?

A seller’s reputation is one of the most important factors that buyers will consider when transacting on marketplaces. Buyers will sometimes even pay higher prices from a more reputable seller, rather than taking a risk with lower prices from a low reputation seller. As a result, sellers work extremely hard to maintain pristine seller reputation through great customer service, fast shipping, and quality products.

However, it’s actually the marketplace that owns all of this data. Marketplaces have the power to do things like modify your reputation, censor or otherwise filter out your feedback, and most importantly, they are able to charge extremely high fees (20–30 percent in some cases) because they own it and you are locked in. Unfortunately, the only way for sellers to use and benefit from this hard earned reputation is to continue selling on that marketplace.

Decentralized, self-sovereign reputation solves this by making sure buyers and sellers have full control over their own reputation, removing the need for a central authority. This also means that sellers can use and build up reputation everywhere they sell. Buyers should still have full control over the content of each individual feedback rating, and feedback should only be tied to a verified transaction. This way the system continues to incentivize sellers to work hard on customer service, fulfillment, and quality… but it allows the seller to be the main beneficiary of all this hard work. The data is completely free from any centralized party or marketplace.

Are there any recent or upcoming partnerships in the pipeline for Ink Protocol or Listia?

We recently announced a big partnership with Coinbase Wallet, which is the best way to access Ink Pay on mobile devices. We also announced a partnership with MakerDAO’s Dai stable coin, which will help buyers and sellers transact on Ink Pay while reducing the volatility of traditional cryptocurrencies. There are many more partnerships and integrations in the pipeline as we work towards mass consumer adoption.

Can you explain what role smart contracts play in the Ink Protocol ecosystem?

Smart contracts are the backbone of both Ink Protocol as well as the Ink Pay dApp. These smart contracts ensure that transactions happen according to a set protocol, reputation is publicly viewable and immutable, and neither the buyer nor the seller can cheat the other party during a transaction. Peer-to-peer transactions are inherently trust-less, so the smart contracts automate and replace the need for a central authority by making the protocol completely open source and transparent to both parties. The rules of the transaction are set in stone, which is the best way to create trust between two people.