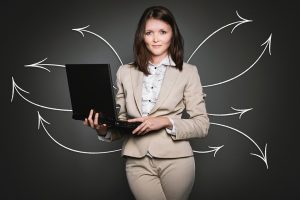 The commercial property industry has been relatively slow to adopt cryptocurrencies and their related technologies. While there has been some progress toward utilising the disruptive power of blockchain technology to transform the market, as can be seen in Dutch company Primalbase, the majority of office providers have remained hesitant to embrace bitcoin and its cousins.

With the rapid rise in value of the cryptocurrency market and the increasing awareness of cryptocurrencies by the public and non-finance focused businesses that may be set to change. The evolution from store of value to widely accepted means of exchange will likely not occur overnight, but as more and more businesses and consumers adopt cryptocurrency technology the pressure on office providers to accept cryptocurrencies as a form of payment will only grow.

There are already some office spaces that accept your hard earned bitcoins, and Free Office Finder have put together a list of seven co-working spaces in Europe and the US that are embracing cryptocurrencies, so, in no particular order, here they are:

Based in sunny Barcelona Cahoot announced in late 2017 that they would be accepting both Bitcoin and Ethereum, making them one of the few, if not the only, office provider in Europe to accept more than one kind of cryptocurrency. The development is important for several reasons, not least of which being the growing confidence in cryptocurrencies as a market, technology, and currency which extends beyond just Bitcoin.

Rentadesk, a co-working space aimed at freelancers based near Russell Square began were among the first office space providers in the UK to accept Bitcoin way back in 2013. Some hasty back of the envelope calculation suggests that had you payed for a fulltime desk for a month in March of 2013 entirely in Bitcoin, those Bitcoins would now be worth north of £60,000.

The Yard is one of the largest office providers on the list – it operates several co-working spaces across New England including eleven in New York. This makes it possibly the largest office space company to currently accept cryptocurrencies as payment, an option it introduced in 2013 across its properties.

The first European provider to accept Bitcoin, LAUNCH/CO is based in East Berlin in Friedrichshain, also known as the location of world-famoous club Berghain.

Another Berlin-based co-working space, Transistor is host to a number of crypto-currency start-ups, so their decision to accept Bitcoin in early 2016 should not come as a surprise.

The café that sits below TechHub Swansea was one of the first spots in Wales to host a Satoshi Point and from 2015 onward both the café and the co-working space above have accepted Bitcoin as a payment option.

Based near the shore of Lake Ontario in Toronto, CoworkingSpace was the first Canadian office provider to accept cryptocurrency payments, beginning in 2013.

Nick Riesel, Managing Director of Free Office Finder, comments that ‘We expect to see a greater embrace of cryptocurrency technology within the commercial property industry in the coming years as businesses adapt to changing market conditions. For the time being, their use is likely to be concentrated in the co-working sector, whose client base includes a growing number of cryptocurrency and blockchain start-ups.’