With the recent articles coming out of Gizmodo and Wired targeting yet another individual as the ‘real’ Satoshi Nakamoto, which were rapidly also debunked, a few things are becoming apparent: 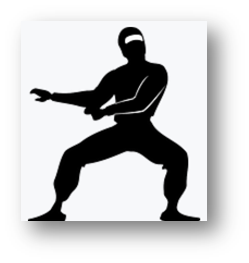 Satoshi Nakamoto does not want to be found. If he did, there is already more than enough incentive for him to pop his head up – the million or so coins that were mined by Satoshi himself in the early days when mining was easy and few people were doing it. Those coins today would be worth nearly half a billion dollars, given that they could be sold without destroying the Bitcoin market entirely.

And, for all those crowing about the anonymity of Bitcoin, The majority of Satoshi’s coins cannot be sold or moved without most of the Bitcoin world knowing about it. Those addresses are known and watched. Not one of those coins has moved, even when the market cap reached 1,200 dollars and a modest sale of a couple of thousand would have set him for life. Leading me to think that money is not one of Satoshi’s concerns.

After all this time, I think it likely that Satoshi, if he’s even still a player in Bitcoin, has sacrificed those coins to the greater good. We will never know, of course, until the coins start moving, but until they start moving, that is the theory I’m working under – that Satoshi Nakamoto was benevolent enough to create Bitcoin and walk away and that he is benevolent enough to burn a million coins, increasing the value of the remainder for everyone else.

The next thing I have come to believe about Satoshi is that he is indeed just one interesting, idiosyncratic person. He, or she, is not a group of people who were able to collaborate over years, never have a disagreement, never break cover despite everything that’s gone on with his, or her, brainchild. After all this time, I think Bitcoin is the work of one person simply because of the old adage that a secret can be held by two people only if one of them is dead.

If Satoshi ever did reveal himself, I think it’s important for the success of this experiment that he doesn’t do it until Bitcoin is so entrenched in world finance and politics that it will cease to matter who he is. Stepping forward, or being discovered now, would only dump the life story of the founder, with whatever irrelevant real or trumped up scandals could be laid at his doorstep complicating the development of this already overly-complicated project.

To the real Satoshi, whoever he or she is, I offer the thanks of millions, the hopes that you are doing well, and the further hope that you won’t stand up for a very long time.