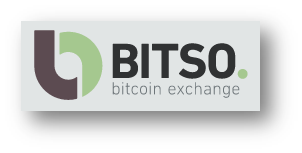 Mexico City, Mexico – June 24, 2015 – Bitso, Mexico’s first Bitcoin exchange, announced today the closing of its seed round. The company plans to use the funding to expand its team, continue growing Bitcoin adoption in Mexico, and expand its operations in the growing digital currency industry. The seed financing round was led by Barry Silbert’s Digital Currency Group with additional participation from strategic Mexico-based angel investors.

“Whether you are talking about new payments services that help facilitate faster and cheaper money transfers across the world’s most active remittance corridor, or mobile money and microfinance opportunities for Mexico’s underbanked consumers, bitcoin and blockchain technology is poised to transform financial services in Mexico and all of Latin America,” said Silbert. “Bitso is well-positioned to emerge as the region’s leader in bitcoin exchange and payments, and we are thrilled to partner with them to help build a big, important company in this emerging industry.”

Launched in April 2014 and located in Mexico City, Bitso is the leading Bitcoin exchange and Ripple Gateway in Mexico with Mexican Peso-denominated orderbooks. A full set of developer APIs, advanced banking integrations, top-of-the-line security standards, and strong focus on regulatory compliance make Bitso the de facto standard for Bitcoin and Ripple operations within Mexico. With continuous improvement aimed at encouraging Bitcoin adoption within the country and beyond, Bitso is also a remittance channel and merchant processing gateway.

“Through Bitso, we have enabled an efficient and low-cost backbone for cross-border transactions,” explained Bitso CEO, Pablo Gonzalez. “We believe this will be a powerful rail to streamline international B2B payments, and remittances to the millions of unbanked and underbanked Mexican citizens.”

Digital Currency Group (DCG) is helping to build the foundation of bitcoin and blockchain technology industry by launching, incubating, and investing in groundbreaking companies that will transform the global financial services ecosystem and usher in the “internet of value”. DCG has been an active seed investor in the digital currency industry with over 50 investments in 15 countries.