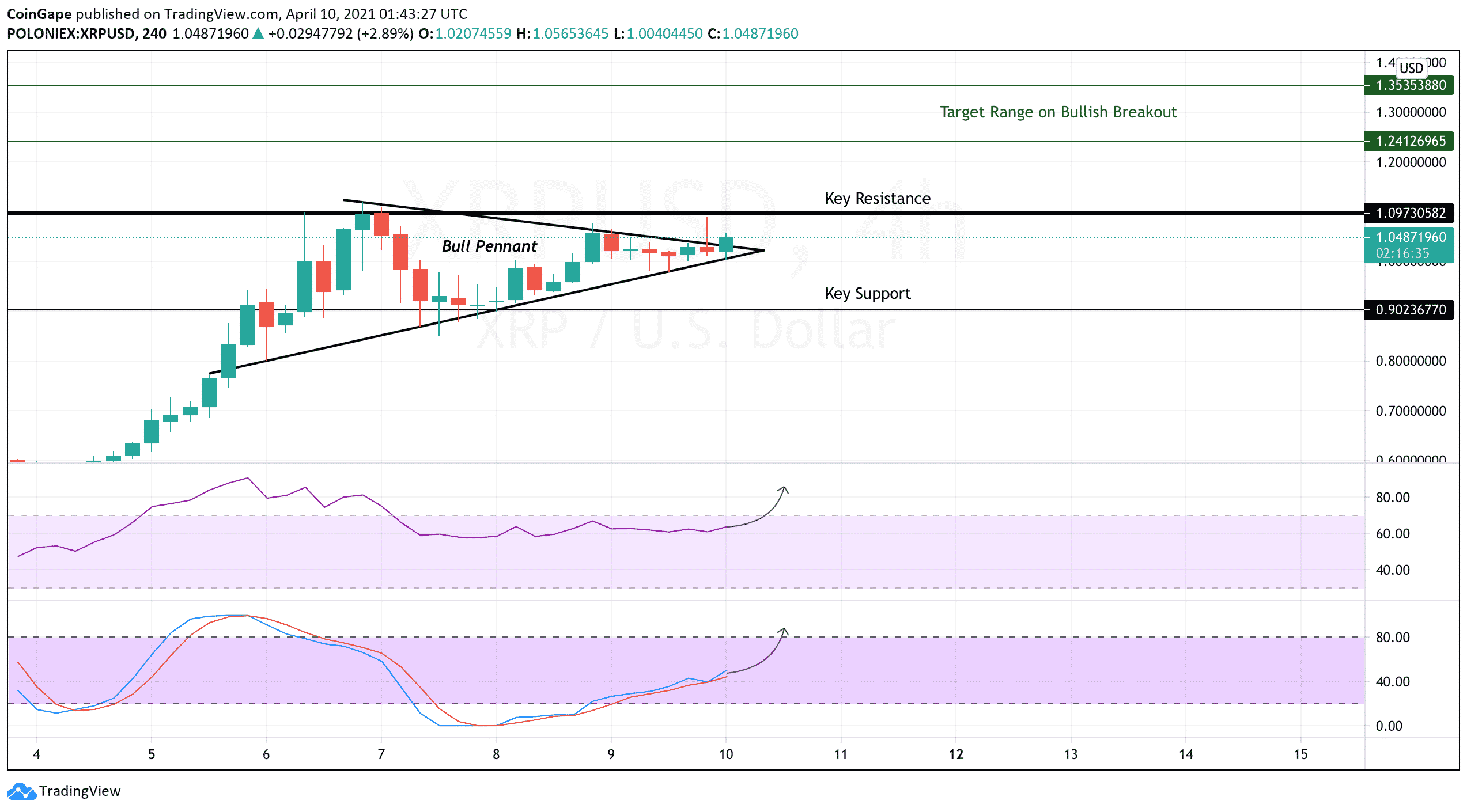 XRP Price has been holding support well after the token price rose nearly 100% in a week. The currency has suffered the last 4 months in light of the SEC Lawsuit claiming Ripple illegally sold XRP as a security.

XRP Vs SEC: Tables Turning in Favor of Ripple

XRP Price has been holding support well after the token rose nearly 100% in a week. The currency has suffered the last 4 months in light of the SEC Lawsuit claiming Ripple illegally sold XRP as a security. In comparison to other large cap cryptocurrencies, XRP is among the lowest gainers in this Bull Market. This may soon be changing as XRP has awoken from a 3 year slumber.

Even though the current lawsuit of Ripple V. SEC is still in progress, Investors seem to be taking a bullish view of the cryptocurrency in light of a potential early settlement. The Ripple team has recently been granted access by the judge to any internal documents of the SEC discussing XRP, BTC or ETH.

In addition, less than 48 hours ago the judge denied access to Brad Garlinghouse’s & Chris Larsen’s personal financial records. The judge claims it is irrelevant to the case and wants to keep focus on the utility of XRP & whether it is classified as a security or not. Ripple is quickly gaining checks against the SEC and a lawyer has recently stated the case is likely to end in an early settlement.

In the last 4 days, the 4H chart of XRPUSD has formed a bullish pennant. The key resistance holding back the XRP Price from a wave of buying is $1.10. The top trend line of the bull pennant (black) needs to break and hold for XRP to give a try at its $1.10 resistance. If this resistance can break, XRP will fly to levels of $1.25+

In the scenario that the XRP Price breaks the bottom trend of its bull pennant, we can expect price to be held by the $0.90 support. If this level fails to hold, XRP will see dips to low $0.80s.

The last five 4H candles have closed as dogi’s. This is a warning that a big price movement is building up. While looking at the regular RSI (purple line), we can see it has been flat lining & refusing to dip below 50. There is a similar story with the stochastic RSI (orange & blue) as it is rising slowly after a reset to oversold conditions. These two indicators look ready for another leg up.