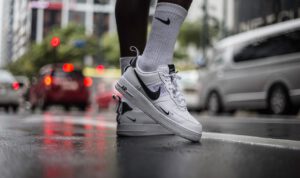 There has been a steady push by the Biden administration to raise taxes on corporations since the White House changed tenants in January. A novel concept—that might just have some merit, particularly after a new study finds that at least 55 of America’s largest paid no taxes last year on billions of dollars in profits.

While there has been a long standing tradition of big businesses dodging taxes in the U.S., the scale at which it happens spiked following the sweeping tax bill passed in 2017 by Trump and Co. It reduced the corporate tax rate from 35 percent to 21 percent and dozens of Fortune 500 companies were able to edge all the way to zero thanks to plethora of legal deductions and exemptions.

Nike Inc (NYSE:NKE), who manufactures nearly every ounce of product in Chinese sweatshops, has come under fire in particular, as it was one of the most heinous offenders in the report. Over a three-year period, the company recorded $4.1 billion in income, while paying an effective three-year tax rate of -18-percent.

For those of you skimming this—that is NEGATIVE 18-percent. Not a typo.

When questioned, Nike CEO, John Donahoe, laughed off the notion that the company had done anything wrong.

“What?” He scoffed, “It is LITERALLY written in the law. We are FOLLOWING THE LAW. And people are mad? I just don’t get it… It would be immoral for us NOT to evade—erhm—I mean strategically limit the amount of taxes we pay.”

His demeanor did not waiver for one second. The man has been enjoying his ride on the long dick of corporate capitalism for so long that any other course of action seemed foolish.

This article first appeared on The Stonk Market