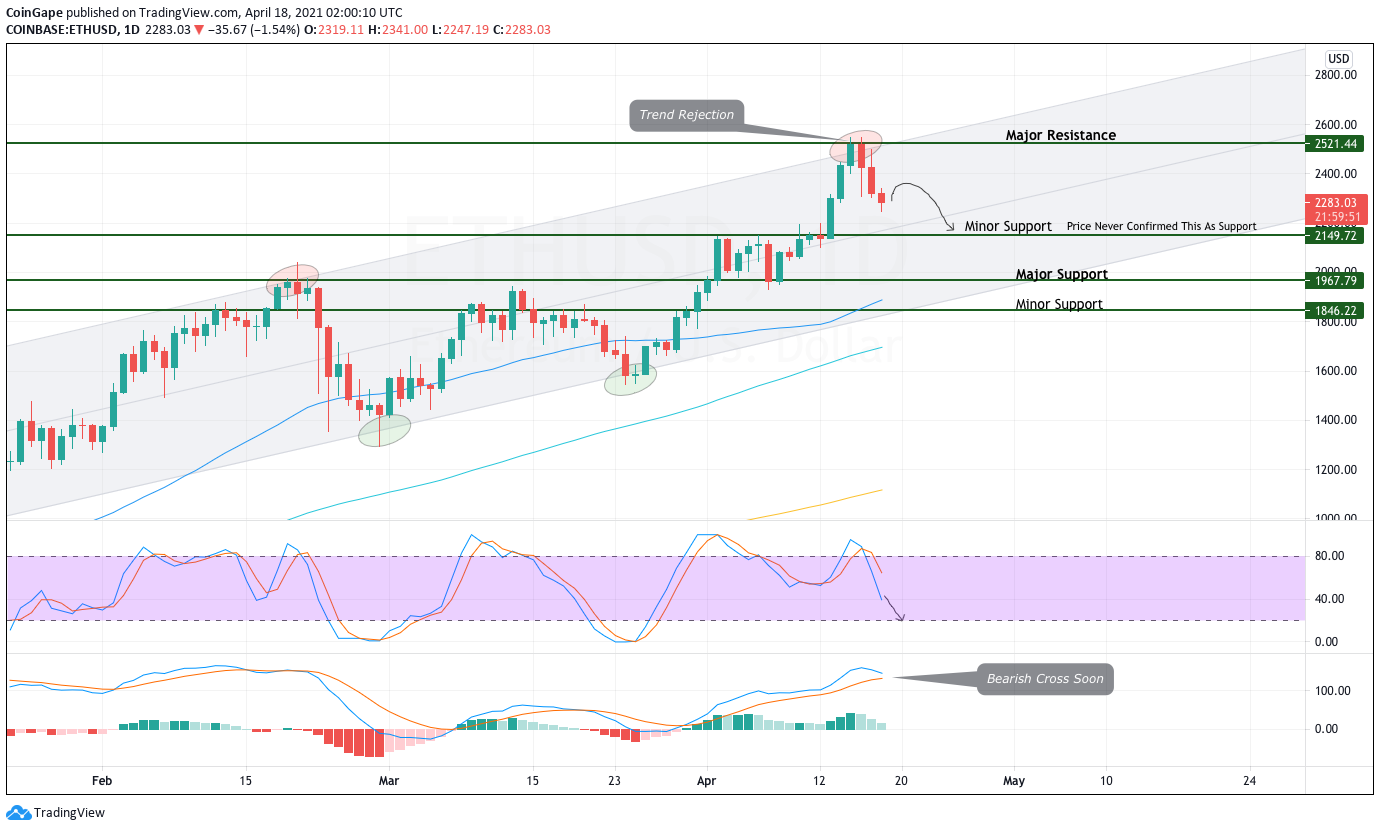 Ethereum has produced nearly 2500% in gains this bull run, outperforming many other top coins including BTC. Will the price of ETH continue for rise for months to come? This is what many analysts believe as a handful of investors in ETH refuse to sell. Although for a $3000 price tag in the near future, ETH needs to break over key resistance level of $2521 & the top trend line of the 3 month price channel.

After setting a low around $1550 3 weeks ago, Ethereum has risen a rough 65%. These are major gains considering ETH is the second largest cryptocurrency. The bears took control when the price reached an ATH of $2550. This ATH was also met with the top trend line of the price channel ETH has been respecting for 3 months.

The key level of $2150 was resistance for nearly a week. When ETH broke over this resistance on April 13th, the price never confirmed it as support. This may be an indication that the price needs to retest this level to confirm it as a new support level. If buyers don’t step in here, expect a drop to major support level of $1970.

While looking at the Stochastic RSI (blue and orange), it is evident that the recent pump to ATH had less strength than the previous pump to $2150. This is considered a bearish divergence. It has already started to play out with ETH down roughly 10% from its ATH. The MACD is signaling a bearish cross may be coming within 3 days. In addition, the histogram (red & green bars) Is heading lowering soon to be ticking red. If the MACD crosses bearish, we see the price of ETH drop to the bottom trend of the price channel.