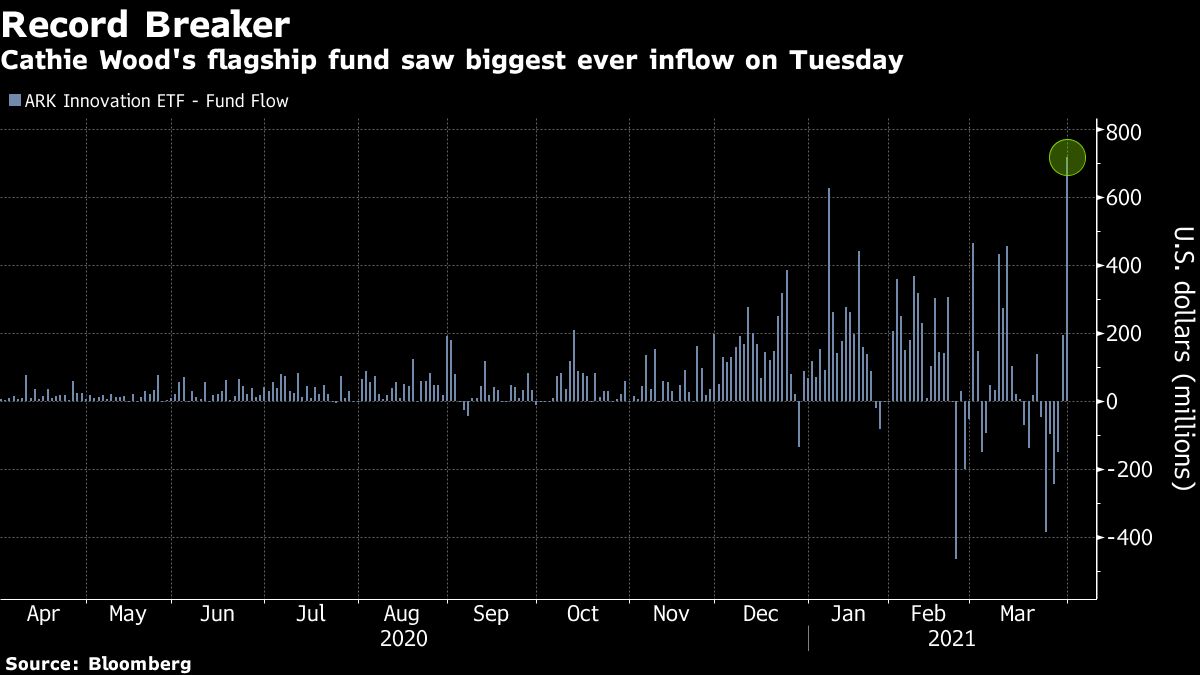 The recent record inflow comes after months of wild fluctuations and degrading performance as evident from the chart above. Wood’s leadership was also brought into question post their new strategy of betting big on smaller firms for a richer cash flow.

Wood who is a known bitcoin proponent has often seen commenting on various developments in the Bitcoin market and most recently even warned people not to sell their Bitcoins for buying a Tesla car, given the electric car manufacturer opened a Bitcoin payment option for the US customers a couple of weeks ago.

Wood’s Ark Investment has also invested in Bitcoin via Grayscale purchases along with Tesla and few other companies. Most recently Goldman Sachs filed for a Bitcoin ETF where it would track the ARK Innovation ETF.

Bitcoin this bull cycle touched a new all-time high of $61,628 and saw its market cap exceed $1 trillion for the first time. Wood believes the $1 trillion market cap is nothing compared to what Bitcoin would eventually become. She has also advocated for Hodlers not to sell their Bitcoin stack until there’s more tax clarity from the government.

Wood who leads a top Wall Steet investment firm offering numerous investment vehicles to clients in the form of exchange-traded funds believes Bitcoin has grown as an asset class and the time is right for a Bitcoin backed exchange-traded fund in the US which up until now were rejected claiming the Bitcoin market is not big enough to offer an ETF.