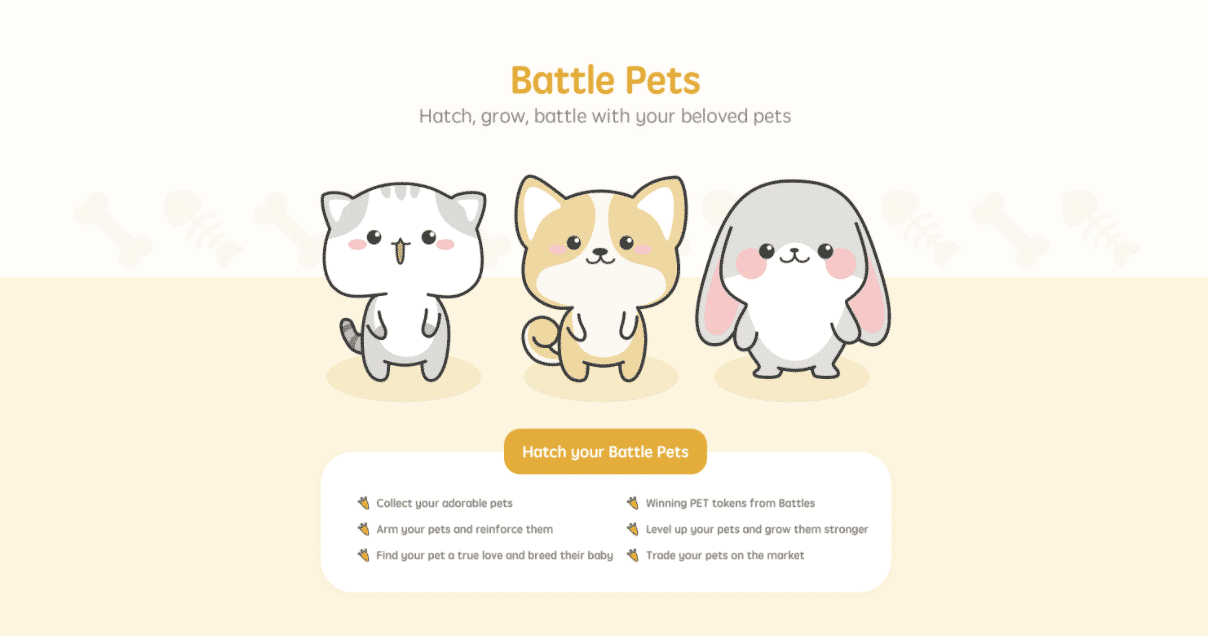 Battle Pets, a next-generation Non-Fungible Token (NFT) based game built on the Binance Smart Chain (BSC) network is taking the NFT revolution to a new level with a Game Finance (GameFi) offering. According to a press release shared with Coingape, users can stake their PET Tokens, the gaming protocol’s native token, and will be entitled to earn weapons in return, this is based on the added Decentralized Finance (DeFi) elements to the Battle Pets universe, making it be a GameFi product, the perfect mixture between NFT Gaming and Decentralized Finance.

Battle Pets is a game that seeks to enthrall users by enhancing their engagements through series of activities that range from hatching, growing, and engaging in battles with the pets. Battle pets have a number of games suited to serve this purpose and they include Arena Battle, Tournaments, Siege Battle, and Evil Devil Challenge with more game modes to be rolled out in the near future.

The evolution of NFT-based gaming or innovation, in general, which began with CryptoKitties back in 2018, has led to further advances, as users aim to switch away from the skyrocketing network fees associated with the highly congested Ethereum Network. Battle Pets rose up to this challenge and designed its ecosystem around the Binance Smart Chain, an alternative DeFi chain that offers scalability, and remarkably low transaction fees.

In the Battle Pets world, there are a number of pets that can be owned, cultured, and traded, as they are an NFT asset. Owned pets have animate feelings and can find their loved ones with whom they can breed new baby pets and users can get them ready for the battle by reinforcing them with weapons. Weaponizing them will amongst many things level them up to make them stronger to ultimately win battles and any associated rewards.

The infusing of DeFi features into the Battle Pets ecosystem enhanced through the PET tokens is fueling a massive transaction count per the shared press release. The tokens have grown 20x with market capitalization topping $200 million. As seen on Coingecko, each PET token is valued at $0.649728 with barely 10% of the max supply of 200 million tokens in circulation.

At a rate of almost 200% APY, Battle Pets now offer a Liquidity Farming campaign featuring the remaining 90% of the PET tokens that are not in circulation at this time. The Pet Tokens are currently being traded on BakerySwap with a growing liquidity.

Disclaimer: Do your own research related to the promoted company or any of its affiliates or services mentioned in the article. Coingape.com does not hold any responsibility for your damage or loss.