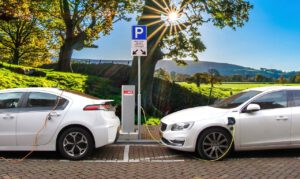 Whitney Tilson’s email to investors discussing his favorite TaaS stock during the ‘TaaS 2.0’ event; his China e-mail list; Munger: ‘What I see in China now just staggers me’; Maher: losing to China; China’s jaded techies find a hero in Elon Musk; the right way to boycott the Beijing Olympics.

2) I have conflicting feelings about China, but always find it endlessly fascinating… so I spend a fair amount of time reading about the country, its history, and its people, and I take every opportunity to travel there.

Charlie Munger: ‘What I See In China Now Just Staggers Me’

1) Investing legend Charlie Munger is a big fan of China. Here’s what he had to say at the recent Daily Journal (DJCO) annual meeting, which I covered in my February 26 e-mail: ‘What I see in China now just staggers me’. Excerpt:

Nobody else has ever taken a big country out of poverty so fast and so long. And what I see in China now just staggers me. There are factories in China that are just absolutely full of robots are working beautifully. They’re no longer using peasant girls to beat the brains out of our little shoe companies in America. They are joining the modern world very rapidly and they’re getting very skillful at operating.

That’s the classic phrase from Lawrence of Arabia when Lawrence tells his Bedouin allies that as long as they stay a bunch of squabbling tribes, they will remain a silly people.

Do you know who doesn’t care that there’s a stereotype of a Chinese man in a Dr. Seuss book? China.

All 1.4 billion of them could give a crouching tiger flying f**k…

Because they’re not a silly people. If anything, they’re as serious as a prison fight.

Look, we all know China does bad stuff: They break promises about Hong Kong autonomy, they put Uighurs in camps, punish dissent.

We don’t want to be that.

In two generations, China has built 500 entire cities from scratch, moved the majority of their huge population from poverty to the middle class, and mostly cornered the market in 5G and pharmaceuticals. Oh, and they bought Africa.

Their new Silk Road Initiative is the biggest infrastructure project in history, indebting not just that continent, but large parts of Asia, Europe, and the Middle East to the people who built their roads, bridges, and ports.

China is having its techlash moment.

The country’s Internet giants, once celebrated as engines of economic vitality, are now scorned for exploiting user data, abusing workers and squelching innovation. Jack Ma, co-founder of the e-commerce titan Alibaba, is a fallen idol, with his companies under government scrutiny for the ways they have secured their grip over the world’s second-largest economy.

The Right Way to Boycott the Beijing Olympics

So if we shouldn’t forbid American athletes from competing, then how should we meaningfully repudiate China’s atrocities? The right answer is an economic and diplomatic boycott of the Beijing Olympics. American spectators – other than families of our athletes and coaches – should stay at home, preventing us from contributing to the enormous revenues the Chinese Communist Party will raise from hotels, meals, and tickets. American corporations that routinely send large groups of their customers and associates to the Games should send them to U.S. venues instead.