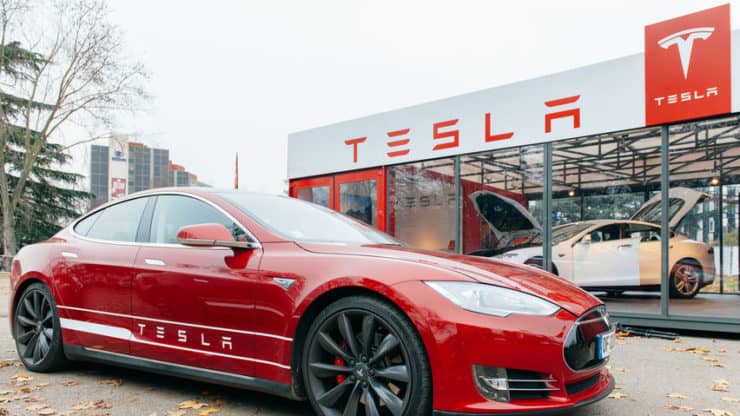 Car maker Tesla has now enabled the purchase of Tesla car models with Bitcoin (BTC). The company’s founder and Chief Executive Officer, Elon Musk, made this known in a tweet on Wednesday saying, “You can now buy a Tesla with Bitcoin.”

He added that Tesla is operating Bitcoin nodes directly via Internal and open-source software.

Last month, the automaker announced that it had purchased $1.5 billion worth of Bitcoin, and it would soon begin accepting Bitcoin payments for its electric car models. But it did not specify which countries will be eligible to pay for its car models using the number one cryptocurrency in the world.

Nodes are computers on the Bitcoin network that verify transactions and prevent the double-spending of cryptocurrencies.

Musk’s tweet is coming after Twitter users noticed that Tesla has enabled to support of Bitcoin payments on all models of its electronics cars in U.S. stores.

Pay by Bitcoin only available in the U.S. for now

Tesla has also provided a Bitcoin address as the receiving address for anyone who wishes to buy Tesla with Bitcoin.

Tesla also warned that it currently doesn’t accept payments in other digital assets apart from Bitcoin. The car maker also advised that potential buyers with Bitcoin should make their payments for their car choices in one transaction.

The price of Bitcoin rose to $55,000 following Tesla’s announcement of its support of Bitcoin payment on its platform.

The value of Bitcoin and Tesla’s share price has gained massively over the past 12 months, with Bitcoin surging from $7,000 to $55,000, and Tesla shares rising to $600 from about $100 around the same period. It has also contributed to Elon Musk’s rise to the top-two of the Billionaires’’ chart.