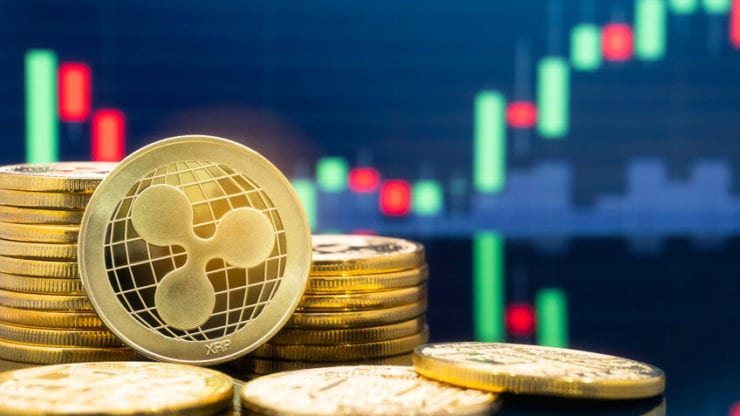 Ripple (XRP) price is trading over 12% higher this week despite a correction in Bitcoin. As a result, the price action has broken out of the consolidation range.

In the latest court session between the SEC and Ripple, Attorney Jeremy Hogan said the Judge dropped a “bombshell” by interrupting Brad Garlinghouse’s lawyer, saying:

“My understanding about XRP is that not only does it have a currency value but it has a Utility and that utility distinguishes it from Bitcoin and Ether.”

Garlinghouse’s lawyer, Matthew Solomon, disagreed with Judge’s comments and emphasized that XRP is similar to Ethereum, however, Judge’s remarks admit to XRP’s utility and currency value.  Given that currencies and securities are treated as two different assets, the SEC’s claims that Ripple is a security may be lacking credibility with the Judge.

The Judge questioned the SEC’s lawyer, saying “everyone who sold XRP – including you and me – are selling illegal securities”. The lawyer disagreed, arguing that “under Section 4, only Ripple and affiliates of Ripple can have sold XRP illegally”.

These comments made by the SEC lawyer clear the path for U.S.-based crypto exchanges to list XRP once again. The SEC’s lawsuit against Ripple accuses co-founders of aiding and facilitating Ripple’s unregistered sales of securities back in 2013 and 2015.

In a response to the allegations, Ripple said that it never sold or offered XRP as an investment, arguing that XRP owners don’t have any claim to Ripple assets, have any ownership interest in the company, nor are entitled to share its future profits.

XRP price has soared a further 6% today after gaining more than 17% yesterday. This way, XRP price has printed a one-month high at $0.60. This upturn in the price action has pushed Ripple above the resistance located around the $0.50 mark.

Looking higher, the next targets for investors looking to buy XRP are horizontal lines at $0.65 and $0.76. On the downside, the price action is now supported by the former resistance at $0.50.

Ripple price has moved sharply higher in the past two days as buyers aim to print levels above the $0.60 handle.

The post Ripple (XRP) price is breaking out. Here are levels to watch appeared first on Invezz.