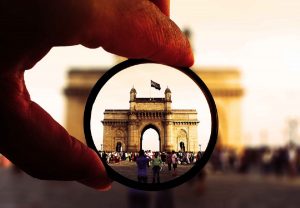 Indian companies from now on might require to disclose their crypto holdings in their Standard SCH III balance Sheet reporting with the Ministry of Corporate Affairs under the company’s act 2013. The said piece of regulation would impact almost every company that has registered through the company’s Act and is believed to have got the input from the income tax department as well.

The Coingape Media sources confirmed that the said amendments are official and might come into effect from today.

The amendment requiring corporate firms to disclose their crypto holdings also comes at a time when there is a lot of FUD in the Indian market about a possible blanket ban. Only last week the Finance Minister of the country assured that the government might not go with a complete ban and would offer a time window to check how digital assets could impact the economy. However, the very same day despite Finance Minister’s verbal assurance Indian news media outlets published reports suggesting that the government would proceed with the blanket ban.

Banning Bitcoin Not an  Option

A government cannot completely ban a decentralized asset like Bitcoin and many governments who have tried doing so have failed miserably. People often shift to peer-to-peer exchanges in case of the ban on centralized exchanges and many others also use international crypto exchanges which do not require KYC services. The Indian Central Bank RBI had imposed a banking ban back in 2018, however, that didn’t put a halt on crypto trading in the country as numerous P2P platforms sprung up overnight.

When most of the developed nations are looking to ease regulations to capitalize on the Bitcoin craze, banning would put India on the backfoot. While the government’s concern about the pothential risk to new investors is understandable, however that can only be resolved with right set of regulations, as in absence of any rules the black market would become more dominant.

Countries like South Korea has decided to impose a capital gain tax on crypto trading and India could potentially go the same way as it would create a new revenue stream, also the fact that India crypto ecosystem is growing at a rapid speed with nearly $13 billion flowing in the crypto market post-Supreme Court overruling the RBI’s banking ban. The government can regulate the space to help the growing crypto community become a formidable force.