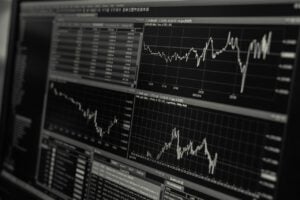 These Will Be The Fastest-growing Economies In 2021The year 2020 will be remembered for a long time, not just by individual people but economies as well. Many economies, including major ones, were hit hard by the pandemic, with some plunging into recession. On the other hand, this year is expected to be the exact opposite and a year of growth. Let’s take a look at the fastest-growing major economies in the world in 2021.

We have used data on GDP estimates from GlobalData, a leading data and analytics company, to come up with our list of the fastest-growing major economies in the world in 2021.

Indonesia witnessed its first full-year contraction in more than two decades in 2020. The GDP drop was slightly more than expected in the fourth quarter. The economy shrank by 2.19% in the fourth quarter, compared to an estimated 2% by economists in a Reuters poll. The Indonesian economy grew by 5% in 2019. The government is targeting GDP growth of about 5% this year.

According to a forecast by the Bank of England, economic activity in the country will return to its pre-coronavirus level by the end of this year. Previously, the central bank expected a rebound in economic activity by early 2022. The rapid vaccination drive will also play a crucial role in pushing up growth. About 24 million Britons have already been injected with the first dose of the vaccine.

The Spanish government aims to reduce its deficit and debt-to-GDP ratio in 2021. After an estimated contraction of over 11% in 2020, the government expects growth of more than 7% in 2021. Spain’s debt-to-GDP ratio was 114.1% in the third quarter, compared to 97.5% for the same period a year earlier. In 2020, the government estimated the budget deficit to have reached 11.3% of the GDP and now expects to bring it down to 7.7% this year.

Singapore witnessed a lower-than-expected drop in GDP in 2020. Economic activity in the country picked up in the fourth quarter after COVID-related restrictions were eased. In 2020, Singapore’s economy contracted by 5.8%, compared to the official forecast of between 6% and 6.5%. In the fourth quarter, the GDP dropped by 3.8% year over year, compared to an earlier estimate of 5.6%.

Robust recovery in manufacturing and construction is expected to fuel the Malaysian economy this year. The level of recovery in other sectors will depend on the improvement in both domestic and external demand. Last year the Malaysian economy contracted by an estimated 6% as both private investment and consumption dropped sharply. Inflation in the country is estimated to recover to 2%.

The Philippines’ economy contracted more than expected in the fourth quarter of last year. Private consumption in the country remained weak, even as more businesses reopened following the lockdown. In the final quarter of last year, the country’s GDP dropped 8.3% year over year. For all of 2020, the Philippines’ GDP plunged by 9.5%, the biggest drop in government data going back to 1946.

China was able to dodge a recession last year. The country reported growth of 2.3% in 2020, and it was the only major economy to post growth last year. For 2021, China is targeting growth of over 6%. Further, the country is aiming for an urban unemployment rate of about 5.5% and plans to create over 11 million new urban jobs. China is also targeting a 3% increase in the consumer price index, a measure of inflation.

India went into a technical recession following the coronavirus pandemic but is expected to rebound stronger. The country is witnessing massive inflows of foreign direct investments. Other factors contributing to the bullish view on the country are the massive economic stimulus package announced by the government, growing vaccination efforts and an uptick in consumer demand. The Indian economy dropped by about 24% year over year in the second quarter of 2020 and is expected to grow 0.53% year over year in the first quarter of this year.

The post These Will Be The Fastest-Growing Economies In 2021 appeared first on ValueWalk.