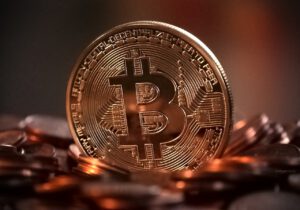 According to one firm, exchange-traded funds (ETFs) could replace the Grayscale Bitcoin Trust as the main driver of the crypto market’s price. Meanwhile, another firm said bitcoin has gotten “too important to ignore,’ so regulations on it could go into effect by the end of the year.

According to Business Insider, CrossTower predicts that Canadian ETFs will replace the Grayscale Bitcoin Trust at the center of the cryptocurrency’s price. The firm said the recent decline in the trust’s market share price should cause it to buy less bitcoin because a structural quirk makes it less attractive to large investors.

Grayscale shares are down by about 10% over the last month even though the bitcoin price approached $62,000, reaching a new record high. That decline means the trust is now trading at a discount to the value of its holdings, which CrossTower said will likely cause it to buy less and less bitcoin. When Grayscale was trading at a hefty premium, it was attractive for hedge funds, which could buy a piece at face value in exchange for bitcoin and then flip it for more months later.

CrossTower cited data from Glassnode, which said GBTC purchased $349 million worth of bitcoin last month, a decline from about $1.5 billion in the two previous months. The new Canadian bitcoin ETFs are the first of their kind in North America, and CrossTower said they could become the new driver of the cryptocurrency‘s price. The Purpose Bitcoin ETF has racked up about $730 million in inflows since its launch.

GBTC charges a 2% management fee, and CrossTower believes demand for products with lower management fees, like the new ETFs, will take part of the business that previously when to GBTC. CEO Michael Sonnenshein told Business Insider last week that Grayscale is interested in launching its own ETF in the U.S. if regulators ever approve such products.

Bitcoin “too important to ignore”

Deutsche Bank analysts say the bitcoin price could keep rising as long as companies and asset managers keep entering the market. They added that governments and central banks would likely start regulating cryptocurrencies because they understand that they’re “here to stay.”

Bitcoin’s market capitalization has risen to $1 trillion. Although they expect the price to keep growing, the Deutsche Bank analysts believe its growth as an asset class could be held back by limited liquidity and tradability.