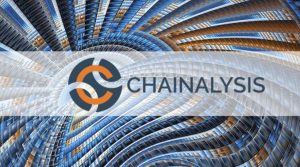 Chainalysis, one of the leading crypto data analytic firm has raised $100 million in a new funding round taking its valuation to $2 billion doubling from its earlier valuation of $1 billion just four months ago. The funding round was lead by crypto-focused venture capital firm Paradigm and saw investment from billionaire Marc Benioff, the owner of TIME Meganize and founder of Salesforce who invested through Time Ventures.

His magazine, TIME, is looking for a CFO “comfortable with Bitcoin”.

Does he own #Bitcoin?

The heightened valuation of Chainalyis post its most recent fundraise has been the story of the crypto ecosystem this bull season where several crypto firms including BlockFi, and Blockchain.com have raised hundreds of millions of dollars multiplying their valuation into billions.

“When we raised our last round, we were basically seeing a lot of that in its infancy. What we see right now is that the market is growing and that some often traditional players are embracing crypto in a way that we haven’t seen before.”

The $100 million Chainalysis fundraise for sure was big news but even more important was the investment from Marc Benioff-led TIME ventures. Recently, TIME magazine was looking for a CFO “comfortable with Bitcoin” and the prestigious magazine also launched three exclusive NFT cover collections amid the growing NFT craze. These sets of events have made many believe that Benioff could be a Bitcoin Hodler.

Many billionaire entrepreneurs and Fortune 500 companies have shown interest in Bitcoin post its mammoth rise this bull season. The likes of MicroStrategy and Tesla have already announced their Bitcoin purchases but based on Bitcoin movements on OTC desks Bitcoin proponents believe many others have not yet disclosed their Bitcoin holdings.

George Soros, one of the celebrated hedge fund tycoons yesterday claimed that Bitcoin’s rise has created a fear of debasement of Fiat currencies, but more importantly smiled when asked about her own Bitcoin holdings, hinting she might be a Bitcoin Hodler as well.

“There is a Real Fear of Debasement of Fiat Currencies”