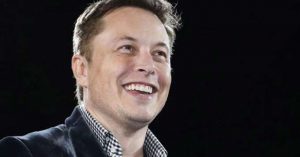 Elon Musk is notorious for shilling Dogecoin quite often and Bitcoin a few of the times post-Tesla’s $1.5 billion Bitcoin purchase. However, now he has set his eyes on the defi market, the biggest success story from the crypto space in 2020. Musk tweeted

Only yesterday Tesla opened its long-awaited Bitcoin payment option for its cars in the US Customers and more importantly set up its Bitcoin node with open-source software. Musk also promised that all the Bitcoin from car purchases would be kept on their node and won’t be converted to fiat.

Musk’s regular dogecoin tweets also put him in trouble as SEC suggested earlier that they might question tech billionaires for his irresponsible tweets.

Decentralized Finance or Defi became one of the biggest success stories of 2020 turning into a multi-billion dollar industry. The total value locked in defi reached $45 billion this February.  Given Musk’s interest in cryptocurrencies, it’s not a big surprise if he has been following the boom.

You can own this Elon Musk autographed tweet on the Polygon-powered platform Valuables @cent.

The current bid for ownership of this NFT is at 1.12M$

With Bitcoin’s mainstream boom eminent, the next big tech to see mainstream financial adoption could be Defi as many believe it could be the future of banking including many in the US regulatory circles. Defi has also gained a lot of traction in the Forex market and many see defi based Forex market as a potential multi-billion dollar industry.

Elon Musk tweet has said to pump Dogecoin on several occasions, while many believed his Twitter profile addition of Bitcoin pumped the price of a top cryptocurrency by 10% in under 30 minutes. His recent tweet on Defi is being interpreted as his interest and support for the crypto ecosystem and one should watch out for price fluctuation in the defi market as has been the case with most of Musk’s tweet.

The post After Bitcoin and Doge Elon Musk All Set to Pump “DeFi” appeared first on Coingape.